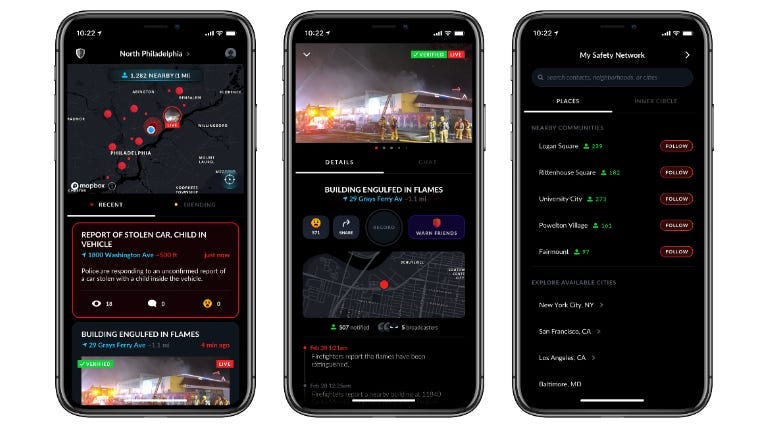 PHILADELPHIA (KYW Newsradio) — Whether you're at home, at work, out shopping — really, wherever you are in Philadelphia — an app that's newly available in the Philly area seeks to be your personal emergency alert service.

The Citizen app provides instant information to potential crimes or dangerous scenarios happening near you, based on reports that come into 911 centers and are put out over police and fire radio.

"We've got a team of central analysts back at our headquarters getting that information, synthesizing it, and putting it out over our platform," explained Peter Donald, Citizen's head of policy and communications.

When you open the app, your location appears as a blue dot on a map of red dots — each noting an incident.

"There's a robbery downstairs," Donald hypothesized. "A fire in the building across the way. Someone in the river who needs rescuing."

If the reportable situation is in your immediate area, or one you choose to follow, Citizen pushes a notification to your phone.

"We think it's critically important for those people to know what's going on in real time around them so they can be informed about their safety," Donald said. "We want you to stay safe and out of harm's way."

You can also become a citizen journalist, using the app to take video and report what you learn from first responders or others nearby.

The free app is expanding to Philadelphia after its launch in New York and several other cities over the past couple years.

It can be downloaded from Apple's App Store or Google Play.