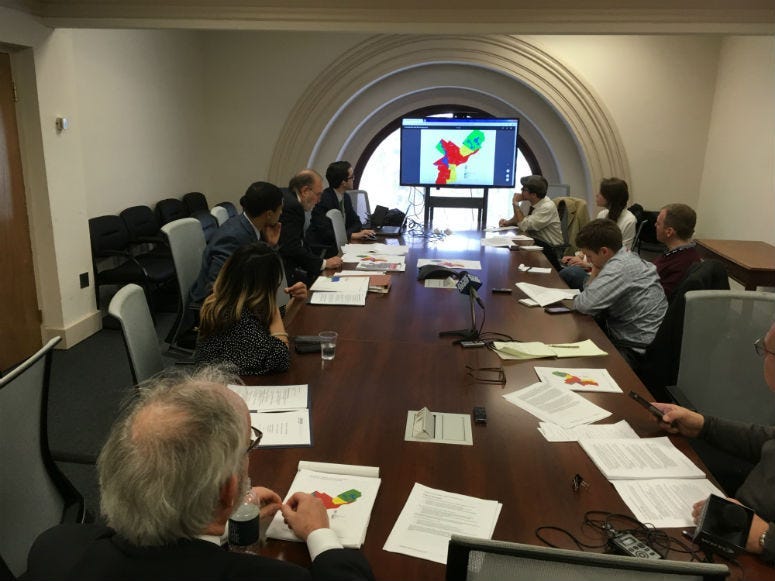 January 4, 2019 01/04/2019 12:23 am
PHILADELPHIA (KYW Newsradio) — An outside firm's performance audit of Philadelphia's Office of Property Assessment (OPA) shows property assessments are out of whack with what it considers "best practices" to size up property taxation. City Council President Darrell Clarke wants OPA's leadership fired and a complete overhaul in leadership.   Clarke says folks all over the city are alarmed at what he calls "wide flaws and inconsistencies" in residential property assessments, even within single blocks from home to home.

"The data was inaccurate. It wasn't sufficient to come up with the appropriate assessments," he said.

The audit project manager, John Ryan of JF Ryan Associates, which is based in Newburyport, Massachusetts, walked reporters through the findings in a background debriefer, dissecting a 61-page report showing, in his opinion, that "property assessments do not meet industry standards for accuracy."

Clarke says while he can't say which were under or overvalued, "the lack of uniformity is the issue," he said.

He added that"there were clearly irregularities and disparities in property assessments across the city of Philadelphia."

The Kenney administration believes that the auditor drew conclusions based on faulty assumptions, because its numbers crunchers relied on preliminary and not fully validated sales data. Mayoral spokesman Mike Dunn said "OPA is improving the accuracy of assessments ...to ensure that they reflect current market values." He also points out the Chief Assessment Officer is subject to City Council approval, and the current Chief Assessment Officer, Michael Piper, was approved by Council in 2014.