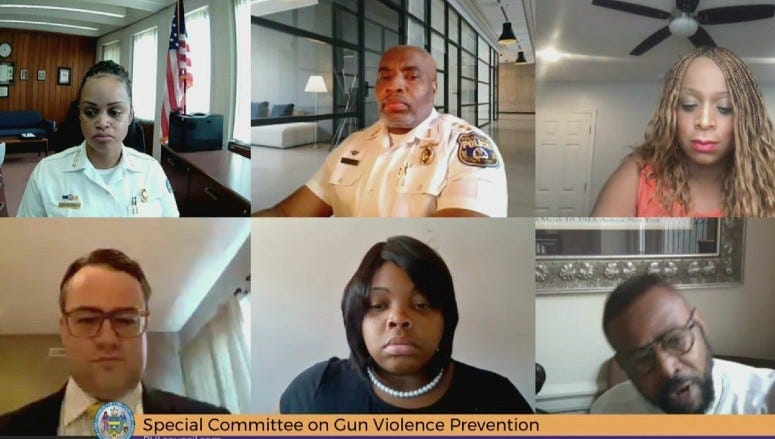 “More than five people are shot a day in Philadelphia. The city has seen over 1,900 shoots and more than 250 people have been shot this year,” Johnson said.

The statistics mark a 30-plus percent increase in gun violence over last year.

Hired killers, gang and street beefs, social media, low clearance rates, and diminished resources were all listed as reasons why the Philadelphia District Attorney’s Office and police have been unable to get a handle on the city’s gun violence problem.

“My office has been as a standstill, courts have been closed for months,” said DA Larry Krasner, who was the first to give testimony to City Council.

He attributed the 30-plus percent uptick in shootings and homicides to long-term problems like poverty, but also to short-term issues like agency closures due to COVID-19.

“When the traditional tools in the tool box are not available to police and to prosecutors, it’s a problem,” he said.

“A lot of witnesses or potential witnesses do not trust and therefore will not participate,” he said.

Commissioner Danielle Outlaw said $33 million in budget cuts means there will be less overtime and fewer police officers on the streets. The good news, she said, is the department rolled out a group violence intervention strategy last month that’s getting results.

“We’re focusing on the very small percentage of people and groups responsible for the violence that we’re seeing here,” Outlaw said.

Higher bails for violent crime, better crime solving and more access to city agencies were listed as possible solutions to the problem.