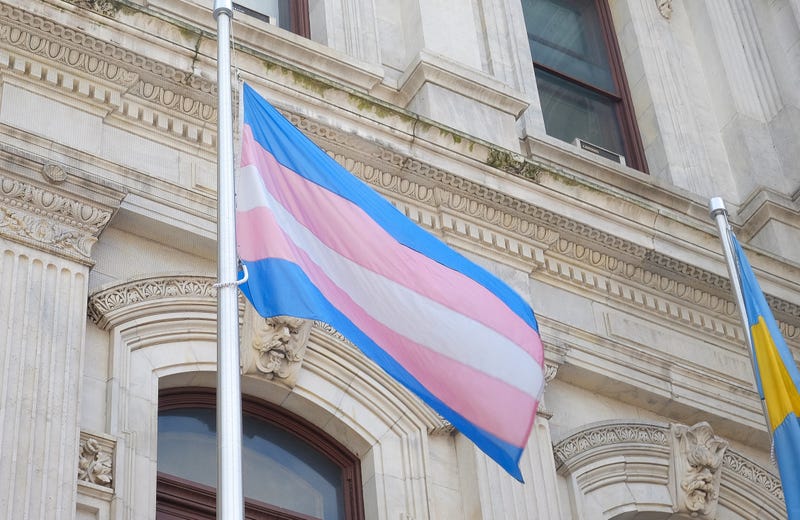 “We are here today to honor the precious lives lost due to the violence and self-harm that affects the transgender community every year,” Kenney said. “Our city has truly felt the impact of these losses.”

Marcuz James said the day is all about respect.

At the end of the remembrance, the light blue-, pink- and white-striped trans pride flag was raised on a flagpole.