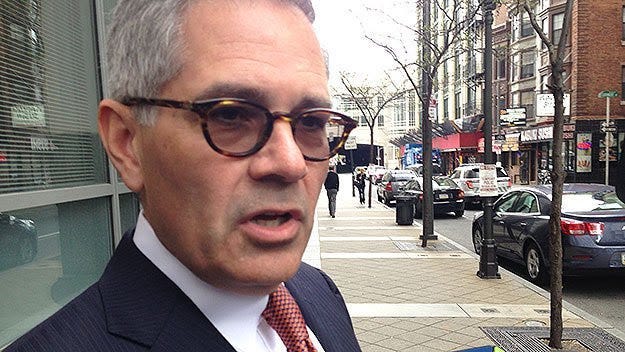 PHILADELPHIA (KYW Newsradio) — A city judge is turning the tables on Philadelphia District Attorney Larry Krasner, after the DA asked the judge to remove himself from all of his cases because his girlfriend filed a complaint with the city for being fired.

Cathy Smith, a former prosecutor, worked in the DA’s Office but never had a case in front of Judge Scott DiClaudio. When she was fired, she filed a private complaint with the city for wrongful termination.

In turn, Krasner filed a motion to have DiClaudio remove himself from criminal cases.

DiClaudio denied it, so Krasner appealed, only to have it denied once again by DiClaudio.

DiClaudio sternly wrote in his filing: “This sort of behavior suggests bad faith, and realistically, creates an appearance of impropriety not of the court, but of the District Attorney’s Office.”

He added that removing himself would add a massive disruption to thousands of cases — and possibly more — because "the argument would create a slippery slope for jurists with family members in the prosecutor's office, public defender's office and police department, to name a few."

A law department official for the city said no lawsuit has been filed by Smith, as Krasner has suggested.

Krasner is married to Civil Courts Judge Lisa Rau, who has just announced she will resign from the bench in October.