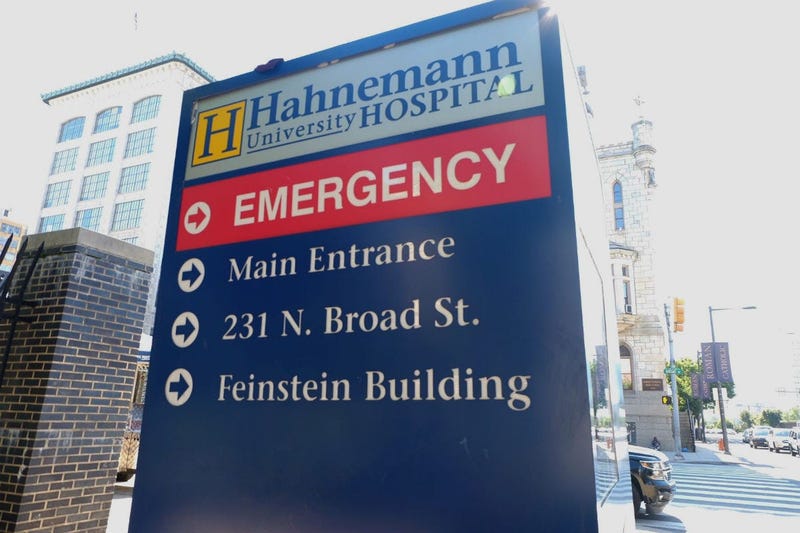 PHILADELPHIA (KYW Newsradio) — The city of Philadelphia is seeking an injunction to prevent Hahnemann University Hospital from closing without notice.

The city filed a motion to join Drexel University's lawsuit against Hahnemann's owners — American Academic Health Systems and its CEO, Joel Freedman — so it can quickly ask a judge to order them to keep the hospital open.

The injunction request cites Fourth of July festivities, which attract thousands, as one of the reasons the city needs urgent action — especially since the celebrations are just six blocks from Hahnemann.

"Attendees would be required to travel or be transported to more distant facilities" in case of an emergency, the motion states, creating "a significant risk (of) ... harm to their health and safety."

The city also argues that it's not just Drexel, but all of Philadelphia that would suffer irreparable harm if the hospital shuts its emergency room without notice. It's the only hospital in the city that offers special nursing assistance for sexual assault victims.

The city's motion states it has not received a response to its written request from Wednesday, in which Mayor Jim Kenney asked the hospital owners for assurances, within 24 hours, that the hospital will not go through with a plan to cease emergency room services on Monday.

In response to a cease and desist order from the state, the hospital owners issued a statement saying it intends to conduct the closure in an orderly manner that prioritizes the health care needs of patients, though it has not specifically said it will keep the emergency room open.

The company has said Hahnemann will close in an orderly manner around Sept. 6.

Drexel has also requested a preliminary injunction. A court session on that request is set for Monday.