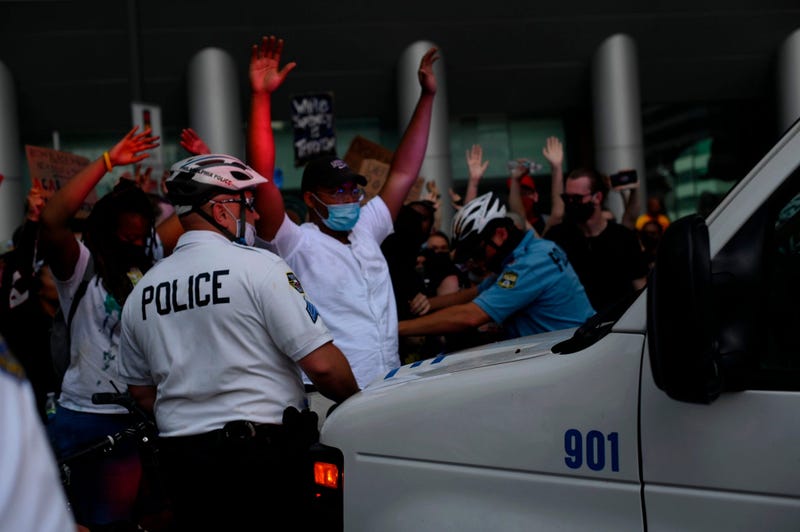 PHILADELPHIA (KYW Newsradio) — Hundreds of Philadelphia protesters who received citations for disorderly conduct and other minor offenses last month are off the hook.

City officials have decided to waive all protest-related citations.

City Solicitor Marcel Pratt recommended the waiver. He said moving forward with the citations “would have served no useful purpose.”

“Consistent with the spirit of reform and reconciliation, using resources to process and go after code violation notices for the protests just didn’t make sense,” Pratt said.

Mayor Jim Kenney agrees. In a statement, he said the decision to waive the citations is “recognition of the core concerns that caused thousands to demonstrate on the streets of Philadelphia.”

“In waiving these notices,” Kenney wrote, “I recognize that those issues are vitally important, that the pain of those marching is very real, and that their message — Black lives matter — needs to be heard every day until systemic racism is fully eradicated from this city and nation.”

The citations are not criminal matters but civil, and Pratt said waiving these does not preclude police from using them in the future.

"The past 30 days were just a unique period of time and I think that required a unique resolution as well," he said.

The waiver applies to citations distributed between May 30 and June 30. Anyone who received one and has not paid it does not need to take any further action. Those who paid can get a refund by calling 215-567-2605.

In a statement, Fraternal Order of Police Lodge 5 President John McNesby questioned why the city has a “major crime problem” to begin with.

“Mayor Kenney and city leaders have again apologized to those who displayed unacceptable and criminal behavior in our great city. It’s sad to see the Mayor and his staff have endorsed outright lawlessness and given up any attempt to hold people accountable for criminal activity.”