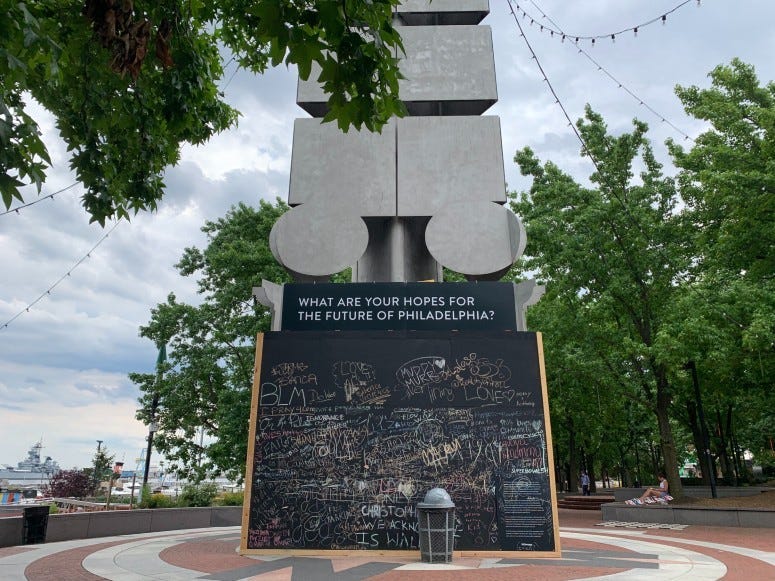 June 25, 2020 06/25/2020 11:54 pm
PHILADELPHIA (KYW Newsradio) — The base of the Columbus Monument that stands in Spruce Street Harbor Park where Columbus Boulevard meets Dock Street has been boarded up.

Those boards on the bottom part of the monument are covered with chalkboard paint, and there is a question above that asks, "What are your hopes for the future of Philadelphia?"

A letter from the Delaware River Waterfront Corporation notes that this monument they inherited in 1992 no longer aligns with their mission, saying they're committed to a process of engagement that may lead to a range of options for the monument, including its removal.

"Happiness, overcoming, never silence. I think they just want something to change. That's what I'm looking at,” said Isabela Viswanath of nearby Society Hill, who says displays like this make her rethink what she knows about history.

Meanwhile, Justine Kelley of Fishtown says when it comes to equality, there's still a long way to go.

"I think that small victories matter and they make a difference, but the story isn't over with this,” Kelley said.