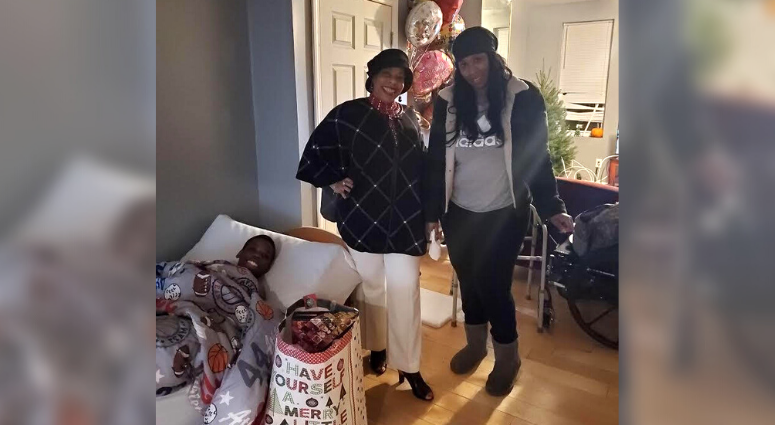 The boy and his friend were injured during a Pennsylvania State Police chase in Germantown earlier this month. The car being pursue slammed into a parked car, and that car hit the kids while they were getting off a bus.

A few weeks later, the only thing standing in the way of his release from St. Christopher’s Hospital for Children was a lack of accomodations at home.

“Mom wanted to get him home, and he could not be released from the hospital until he had a wheelchair, commode and a hospital bed,” said Melany Nelson, executive director of Northwest Victim Services, and “mom didn’t have insurance.”

Nelson made a few calls to Santa's helpers — like Rev. Leroy Miles of Enon Tabernacle Baptist Church —  asking if they could help bring the 12-year-old home for Christmas.

“And it happened to be on the day that we were having a board meeting for the American Heart Association,” Miles said.

He took advantage of the opportunity, and within 24 hours, Genesis HealthCare provided Corey with everything he needed. A hospital bed was delivered to his home the following day.

“His smile just lit up the room, and mom was so happy,” Nelson recalled.

Now, Corey is comfortable in his home for the holidays. Nelson and Miles acknowledged the “Christmas miracle” was all thanks to collaboration.