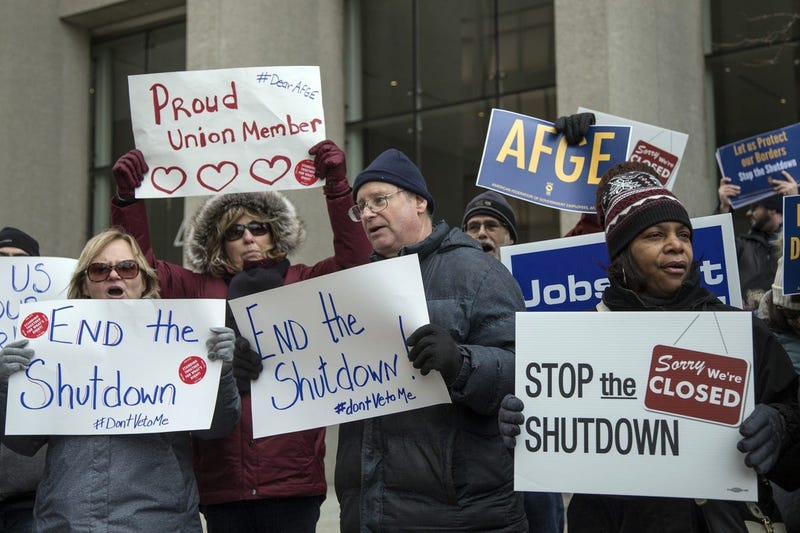 January 16, 2019 01/16/2019 8:10 pm
WASHINGTON (KYW Newsradio) — As the partial government shutdown continues to play out, a South Jersey congressman says he’s getting complaints from constituents affected by the impasse who have been turned down for unemployment benefits.

Newly elected Rep. Jeff Van Drew (D-Cape May) sent a letter to the New Jersey Department of Labor and Workforce Development, claiming some workers are being denied because "they will eventually receive back pay once the government reopens for business."

Labor Commissioner Robert Asaro-Angelo said applicants are not entered into the system if they’re still working, even without pay.

"If they were a private employer, our wage and hour division would be very happy to go out there and bring charges against a private employer for non-payment of wages," he said. "But we don’t have that same jurisdiction over the federal government."

That said, they’re trying to find a way to help those not getting a check in some fashion.

"If someone was currently working," Asaro-Angelo added, "they would not be entered into our system."

Van Drew, in a separate interview, doesn’t accept that explanation.

"To me, that’s brutal," he said. "Some are furloughed. Some are working without pay. But none of them are getting paid."

Van Drew’s letter notes that in the last federal shutdown, which lasted 16 days in 2013, workers "were able to apply and receive unemployment insurance so long as they paid it back once the government opened and they received their earned back pay."

Both sides are trying to arrange a conference call to iron out their differences. Meanwhile, the number of furloughed workers on unemployment in New Jersey is now more than 850, with more applications still pending.