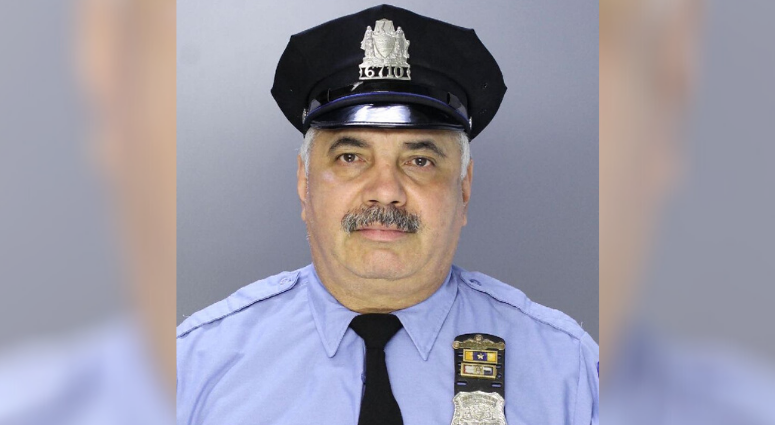 Jose Novoa died on June 3. He was posthumously promoted to sergeant.

He spent 27 years as a 9th District officer — something he wanted to do his entire life.

“He gave so much to his life in this occupation — because for him, it wasn’t a job. It was a calling,” said Mayor Jim Kenney.

Kenney, Police Commissioner Danielle Outlaw and other city leaders gathered inside Deliverance Evangelistic Church in North Philadelphia, praising Novoa for his dedication to serving his community.

“Sgt. Novoa was the embodiment of devotion, the model of bravery, and the essence of courage,” said Outlaw.

Novoa, who was born in Philadelphia and raised in Puerto Rico, was a volunteer baseball coach, a former EMT, and a diehard Eagles fan. He also had a passion for gardening and cooking.

“To the Philadelphia police officers in here,” said Novoa’s son, Raffi, “take that pride that he had, and serve and protect as he had for 27 years.”

The father of five was the second Philadelphia police officer to die from COVID-19. The department honored Capt. James Walker, who died in April, on Friday.