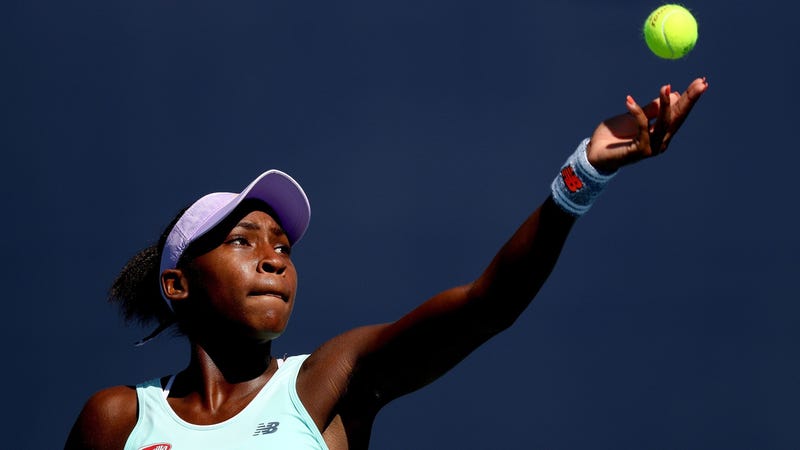 The Delray Beach, Florida, resident, who's been touted as the next Serena Williams, told an interviewer for Wimbledon, "I'm still in shock," adding, "Playing against the top players in the field is going to be a different feel."

When the Wimbledon draw was announced Friday, Gauff was handed a first-round match against 39-year-old Venus, a five-time champion at the All England Club.

Gauff, who was born on March 13, 2004, secured her spot at the fabled tennis championships with a win in the final qualifying round at Roehampton on Thursday.

Gauff will be the 12th youngest overall to play at the Wimbledon main draw, but the 11 others didn't make it through qualifying.

Wimbledon says it also doles out wild card slots to players whose world ranking isn't high enough to automatically qualify for the tournament, but who are noteworthy based on previous performances or their ability to "increase British interest."

The last 15-year-old to compete through a wild card slot at Wimbledon was Laura Robson in 2009, a British player who'd won Junior Wimbledon the year before.

The biggest tennis star of her generation

Gauff appeared on Wimbledon's grass courts in the junior tournament last year, making it to the quarterfinals. "I'm a little bit familiar with the grounds," she said.

Last year Gauff raised her profile by winning the French Open girl's championship. This year, she became the youngest woman to win a Grand Slam qualifying match in the French Open.

In 2017, a then-13-year-old Gauff told CNN, "Overall, I want to be the best I can be and be the greatest," after becoming the youngest player to appear in a US Open junior final. Her current 301st WTA singles ranking has climbed sharply from 874 eight months ago.

If Gauff were to win Wimbledon this year, she'd be the youngest ever. But another 15-year-old woman also won the championship more than a century ago.

Back in 1887, Charlotte "Lottie" Dod, at 15 years and 285 days old, set the record for the youngest woman to ever win a singles title at Wimbledon. But she only had to survive two rounds and four other women who entered the tournament that year.