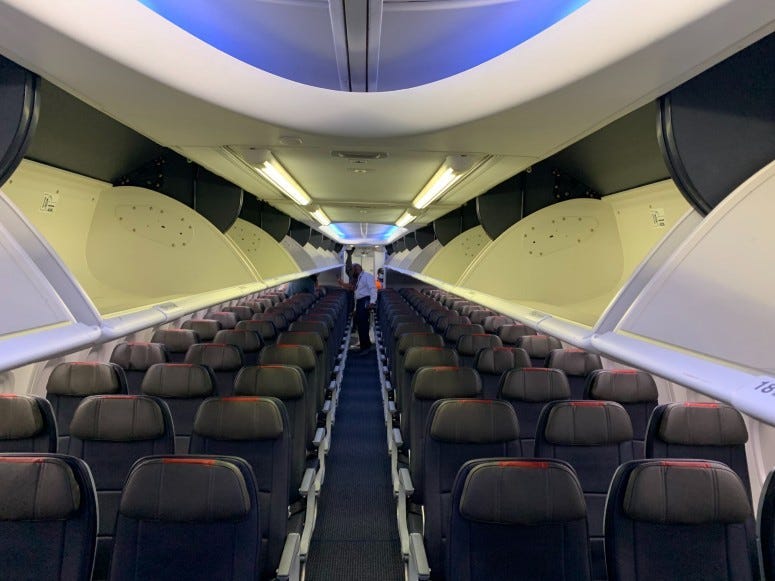 PHILADELPHIA (KYW Newsradio) — A nationwide surge in coronavirus cases may be prompting people to have second thoughts about flying to their destinations. This comes as many airlines prepare for their peak summer schedules.

American Airlines, which has a major hub at Philadelphia International Airport, was expecting its average daily flights to increase more than 100% in July. Now, that projection may be up in the air.

CBS News is reporting that one unnamed airline is seeing bookings drop after the Fourth of July and noticing an uptick in cancellations for the upcoming holiday weekend.

American Airlines had just announced that beginning this week, it will no longer restrict the number of seats sold on flights, and rolled out new protocols that provide multiple layers of protection, according to company vice president Jim Moses.

“From when you enter the airport, the health assessment, the Plexiglass shields, the face coverings that are required, and you saw, social distancing. And the enhanced cleaning that you're seeing onboard American Airlines aircraft now,” he said.

American’s Norman Blake said they’re now using a more powerful anti-bacterial to wipe down everything on the plane after every flight.

“Side rails, arm rests, tray tables, overhead bins. It extends to the lavatory. We’ve changed the chemical solution for every aspect of the aircraft, so everything that we clean now is done with the bacterial,” Blake said.

And once a week, every passenger area gets bathed in an electrostatic spray that supposedly kills all viruses and bacteria within 10 minutes.

The question is: will it be enough to make passengers feel safe?

“I feel pretty good. A little bit nervous about it being clean and sanitary but I feel okay about it,” said one passenger.

There appears to be one aspect of this new normal that people may never get used to: wearing masks the entire flight.