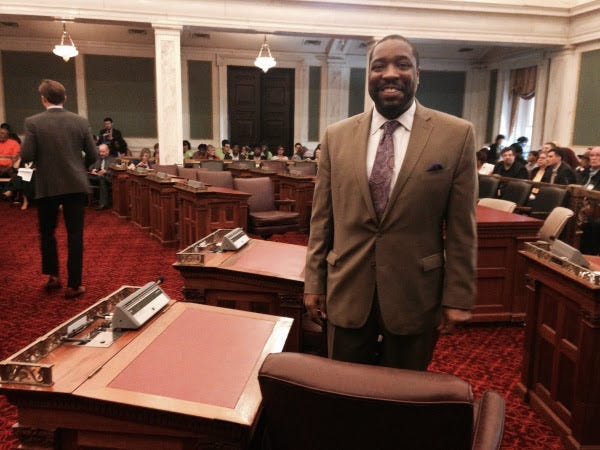 January 28, 2020 01/28/2020 8:45 pm
PHILADELPHIA (KYW Newsradio) — A Philadelphia City Councilmember has made the unusual move of announcing, in advance, that he expects to be charged by federal authorities.

Councilmember Kenyatta Johnson released a statement saying he is "the victim of overzealous federal prosecutors who have spent the last five years looking for something to charge" him with.

His attorney, Patrick Egan, says reports of impending charges prompted him and the Councilmember to be proactive in proclaiming Johnson's innocence.

"We wanted to make a very clear and rapid response that my client is not guilty. That he will continue to fight for the citizens and fight this case and we believe the public will realize these charges are wrong," Egan said.

The exact charges are expected to be announced this week.

Prosecutors are expected to allege that Johnson's wife, Dawn Chavous, got business from a charter school company in exchange for a zoning change Johnson sponsored. Egan called it insulting to assert Chavous had not earned her clients.

"Because of her expertise in the field of charter schools and school choice and her well-known reputation in the state for those matters, and entirely separate and apart from his position," Egan added.

Johnson would become the second member of the sitting council to be under indictment, joining Bobby Henon, who is charged in the electricians' union case.