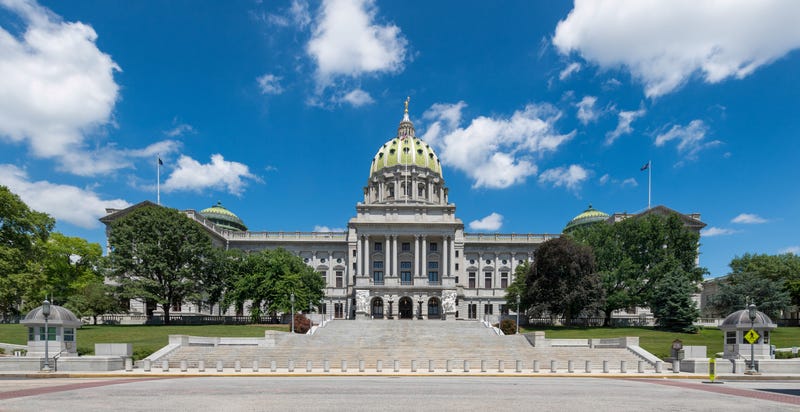 August 19, 2020 08/19/2020 5:53 pm
PHILADELPHIA (KYW Newsradio) — The coronavirus pandemic has forced the Pennsylvania Board of Pardons to take an unprecedented step: When it convenes in September, board proceedings will be held completely online, for the first time in its history.

“Over the course of four days, from Sept. 1 to 4, we’re going to have about 239 applications, at least for pardons, and another 22 applications for commutation,” said Steve McFarland, pardons and commutations liaison in Lt. Gov. John Fetterman’s office. Fetterman serves as the board chairman.

“For a pardon,” McFarland explained, “you’re someone who’s already served their time and back out in the community and living their life, but still have this record.”

He said commutation requests come from prisoners who are serving life terms without parole, and those seeking reductions in their sentences.

Generally, McFarland said the board holds its hearings in a public setting in Harrisburg, where people can appear in person to petition the board and make their case. But much like the rest of the country right now, in-person activities have been swapped for remote ones.

“Zoom is a capable medium, but in-person contact, you really get a grasp of who the person is and it’s just simply better,” he said. “Unfortunately, we’re unable to do that. So we have to really adapt and really do something that is unprecedented.”

McFarland said the coronavirus pandemic forced the cancellation of June’s session because the state Capitol was closed.

But by utilizing Zoom, McFarland said people who have served time and seek pardons can access the meeting from anywhere.

“You don’t want people traveling from all different parts of the state — you know, everyone from Philly to Erie to York,” he said. “Normally, you would have to come to Harrisburg. Now, they can literally do this from home. So in that way, I think it makes this more accessible.”

Inmates who are looking to reduce or commute their sentences will also be able to communicate via Zoom from state prisons.