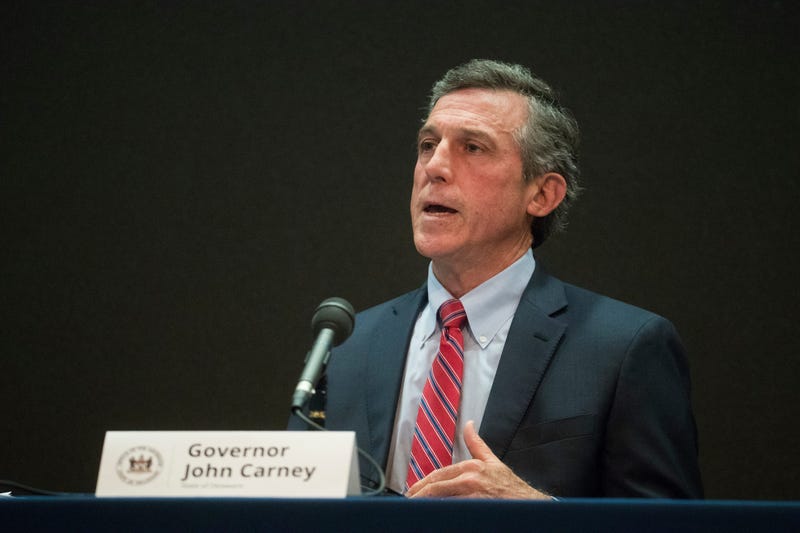 The state's coronavirus numbers are higher than they've been in months, with the percentage of positive rates now over 7%. The state had it down to 4% previously.

Under Carney’s rules, the percent positive rate needs to be below 3% in order for kids to be allowed to return to the classroom. Most schools are doing remote learning right now.

College students are shouldering much of the blame for this uptick in numbers.

“It’s a lot of folks that are in our colleges and universities that need to be more attentive to following the rules and protecting one another, quite frankly,” said Carney. “Mostly, it’s off campus social activities, partying.”

Officials in Delaware have had their eyes on the college crowd for weeks; it was when they began returning to campuses in the state when the numbers began trending upward.

Carney said officials have been meeting with law enforcement statewide to come up with a solution to this problem. Officers have been handing out citations, but he doesn’t think that will do the trick.

“The students care more about university sanctions, which end up in their parents' hands,” he explained, “as opposed to a citation from the city of Newark that their parent never sees. So we need to think through that.”

Carney didn’t rule out the possibility of sending college students home from school if they’re acting irresponsible, which he’s seen work at other schools.

“It’s that kind of messaging in order to get the message across, that it’s not just about you and your party and your 20 friends or 30 or 40 friends,” he said. “It’s about the community and getting children back in schools by pushing those numbers down.”

Another reason for the recent spike, according to Carney, is not enough people have been getting tested lately.

But officials hope that has been solved by increasing access to free testing as of this week.

Total coronavirus cases in Delaware since the pandemic began are just under 20,000. They’ve been going up gradually lately, with the majority of positive cases in New Castle County.