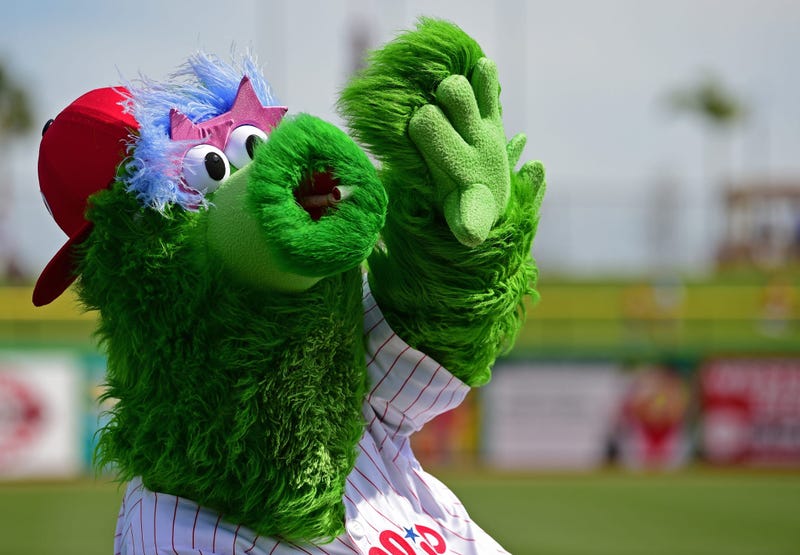 PHILADELPHIA (KYW Newsradio) — The makeover the Phillies gave the Phanatic is not going over well with the people who created the big green prankster.

The New York company that created the mascot says these changes, including a fluffy blue tail, feathers and starry eyes, among others, are an affront to their intellectual property rights.

Wayde Harrison and Bonnie Erickson say their creation was changed simply because the Phillies don't want to renegotiate the agreement. The team took Harrison/Erickson to court last summer to prevent the Phanatic from becoming a free agent in the new season.

One person who seems to like the Phanatic's new look is Bryce Harper.

"Hey man, everybody needs a glam-up sometimes. So it's ... why not? I got long hair right now. I'm always changing," Harper said.