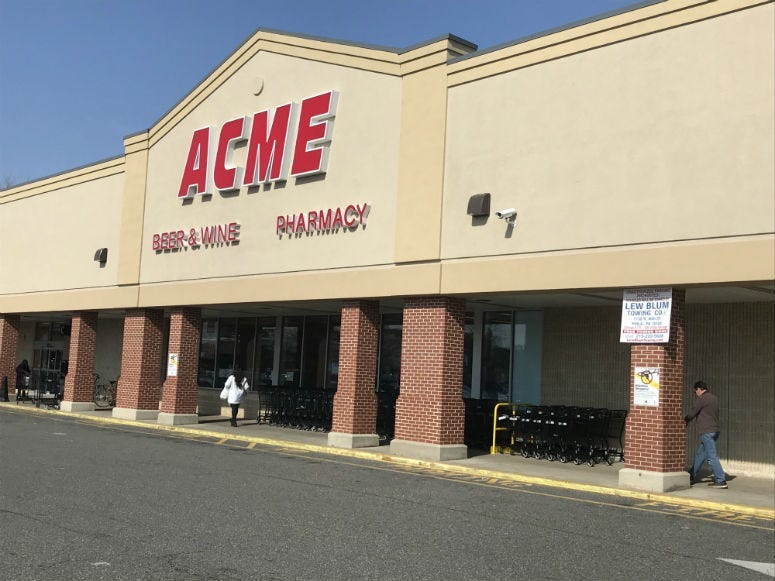 April 7, 2019 04/07/2019 4:50 pm
PHILADELPHIA (KYW Newsradio) — Customers discussed their concerns after learning that a food worker at a Philadelphia grocery story contracted hepatitis A.

It was business as usual Sunday morning for shoppers at the Acme on East Passyunk Avenue in South Philadelphia following the news that one of the store's workers has acute hepatitis A.

"I won't say it's a strike against this store, because it could happen anywhere," said customer Munthir Muhammad.

Muhammad says he just learned of the warning from health officials - that customers who've recently eaten pre-cut fruits and vegetables from the store should get vaccinated against the disease - but he's not worried.

Amanda, a regular at the grocery store, says she didn't know about the situation until speaking with KYW Newsradio.

"I think they should have put up some sort of signs or some sort of information to let the customers know that if they bought cut produce that this was a situation," she said.

Muhammad, on the other hand, applauds the store for letting patrons know what's going on.

"You run a risk, wherever you go. If they knew about it and hadn't done anything about it that's one thing, but now that they're aware if they took the measures to take care of it, so be it," he added.

While pulling out a gallon bottle of hand sanitizer from the backseat of his car, Muhammad noted he stays up to date on his vaccinations and cleans all of his food, so he will not stress what he cannot control.

Customer Kamaryn says she will continue to go to the store.

"I get my vaccines, I feel bad for the worker. I really hope they get better," she said.

Fatigue, low appetite, stomach pain and nausea are a few symptoms of hepatitis A, which is usually spread by person to person contact or through contaminated food and water.

Officials say the best way to prevent an infection is to get vaccinated.