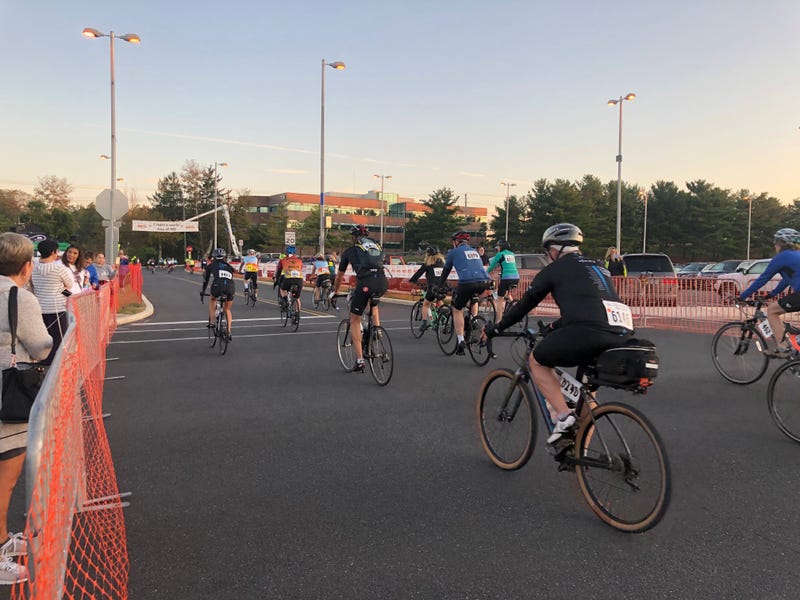 September 21, 2019 09/21/2019 2:57 pm
PHILADELPHIA (KYW Newsradio) — Thousands of bikers will cycle 75 miles from Cherry Hill to Ocean City to raise money for Multiple Sclerosis.
Bike MS: City to Shore has raised more than $1.3 billion over the past 30 years of the event. The enthusiasm and energy at the starting line on Saturday morning explain why.

Don Tucker beat MS in 2012. His friend Donald decided to support his victory by riding alongside him.

"I'm a believer in riding and living life with an intention. When I met him, he told me his struggles, we were riding. I said, you know what, you do it and I'm in it with you," Donald said.

Tucker started doing the ride in 2012 with just two other people in his group, and he says they ride for those who can't.

The route has a few different options. Tucker and Donald were planning to complete the 100 mile option, which includes a 25 mile loop halfway to the shore. The group of 15 raised $7,200 through their participation.