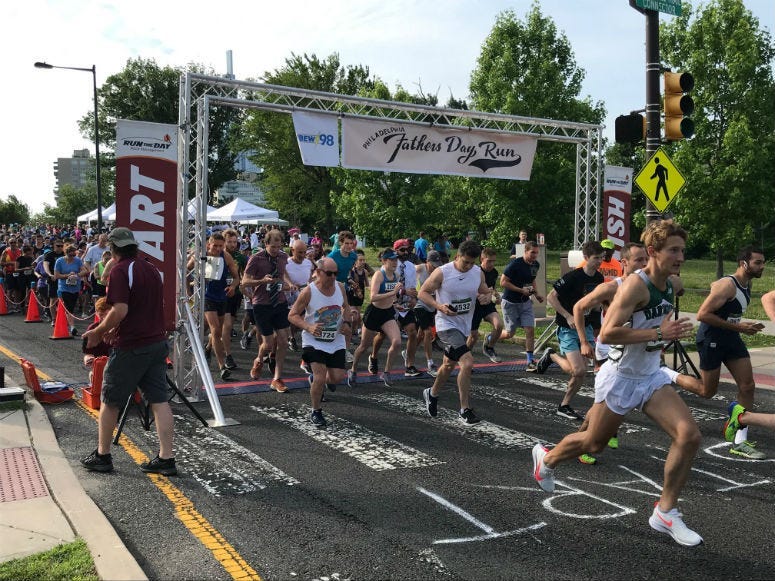 June 16, 2019 06/16/2019 1:42 pm
PHILADELPHIA (KYW Newsradio) — Many people started their Father’s Day in Philadelphia by running or walking on MLK Drive to benefit the fight against prostate cancer and raise awareness for one of the most common cancers in men.

The Philadelphia Father’s Day Run used to be known as the Gary Papa Run, named after the longtime Philadelphia sportscaster who died from prostate cancer.

The name of the event may have changed, but not the spirit of togetherness and giving, says event organizer Sharon Phillips Waxman.

“Proceeds from this run will benefit the Sidney Kimmel Cancer Center Prostate Cancer programs at Jefferson. Really great partnership. Last year we were able to write them a check for $10,000," Waxman said.

“He had just turned 57-years-old. He was diagnosed early, unfortunately he had a very aggressive form of cancer.”

Steve’s daughter, Kelly, helped organize a team to honor her dad and says the disease may have eventually taken his life, but it never changed who he was.

“Always had those dad jokes that he would tell all the nurses and doctors when he was in the hospital for treatment. So no matter what was going on he was always trying to have a good time and making everyone else laugh no matter how he was feeling," she said.

“I think he would be proud because of how much we worked for this and how much we raised," Kelly said.

If there’s anyone who knows how important early detection and treatment is, it’s Eugene DeGeorge of Cape May.

“I was diagnosed with prostate cancer. I was in for two months of very intense treatment in 1999 and I’m still here," DeGeorge said.

And his daughter Sarah is counting their blessings.

“In the beginning, the prognosis was: don’t make plans in five years,' she said.

Fast forward two decades later, and Sarah and her dad can spend another Father’s Day together, doing something they love

“It’s nice, now that I’m older also, that we can run 5Ks together.”