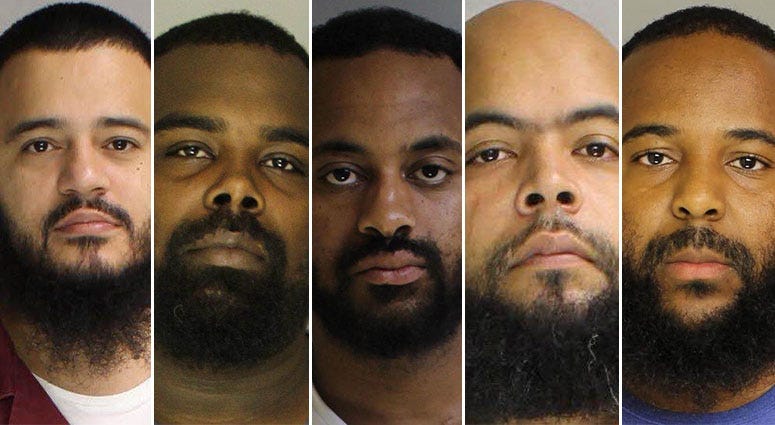 February 13, 2020 02/13/2020 5:02 pm
NORRISTOWN, Pa. (KYW Newsradio) — Two Philadelphia men described as the masterminds of a pair of robberies and an attempted kidnapping at a Norristown car dealership will spend decades in prison.

Damon Murphy is sentenced to 28 to 56 years in prison, and Theophilus Berry is sentenced to 20 to 40 years behind bars. They’re two of five men being sentenced for the 2018 robberies at El Camino Motors on Main Street in Norristown, where they stole thousands of dollars.

The second robbery was caught on video.

Prosecutor Matthew Brittenburg, who prosecuted the cases along with Roderick Fancher, says when they didn’t get as much as they expected, they tried to force the victim into an SUV.

"If you don’t know the ending that the victim ends up getting away and I just showed you that section of the video, it’s hair-raising," he said.

Despite being punched, pistol-whipped, outnumbered and significantly outweighed, the victim was able to break free and run away.

"And the victim pushes back off the car, his shirt’s getting pulled up, he’s hanging on to Damon Murphy, he sort of turns and rolls and runs," he said.

Brittenburg says the victim testified he didn’t know if he’d ever see his kids again if he ended up in that car, and he was so scared that he and his family went into hiding.

Codefendants Charlie Franco got 15.75 to 31.5 years in prison, and Calvin Berkins is sentenced to seven to 14 years.

Eric Santana has yet to be sentenced.