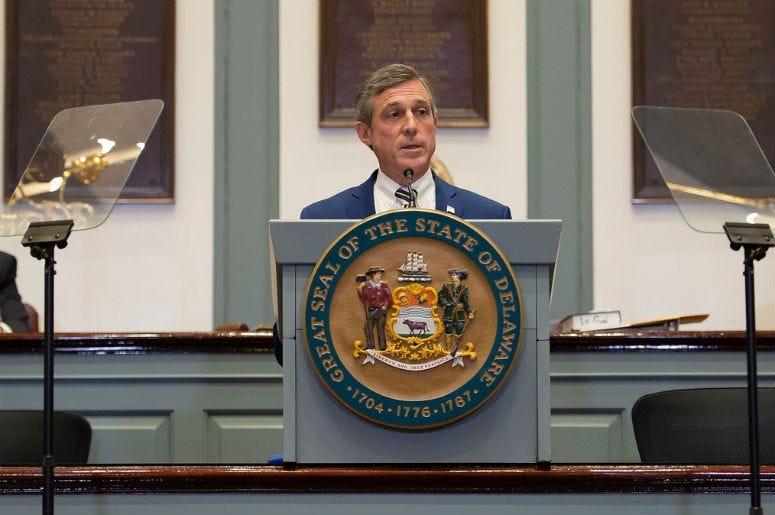 January 17, 2019 01/17/2019 10:14 pm
DOVER, Del. (KYW Newsradio) — Delaware Gov. John Carney highlighted accomplishments during the first two years of his administration during his annual State of the State message in Dover.

From the economy to public education and safety, Carney insists the First State is “strong and getting stronger”. He’s asking legislators to build on that, in part by spurring development.

“This year, I’m proposing to create a new Transportation Infrastructure Investment Fund that would help this state react quickly to important economic development projects,” the Governor told a joint session of the state legislature. “We’re going to invest $10 million in this new fund. It’s an investment in the jobs of tomorrow, but I hope you will join me in funding these investments today.”

He also promises to support a second round of pay raises for state workers, a ban on 3D printed weapons and a move to increase the age to legally buy cigarettes in Delaware from 18 to 21.

Carney will introduce his proposed budget next week.