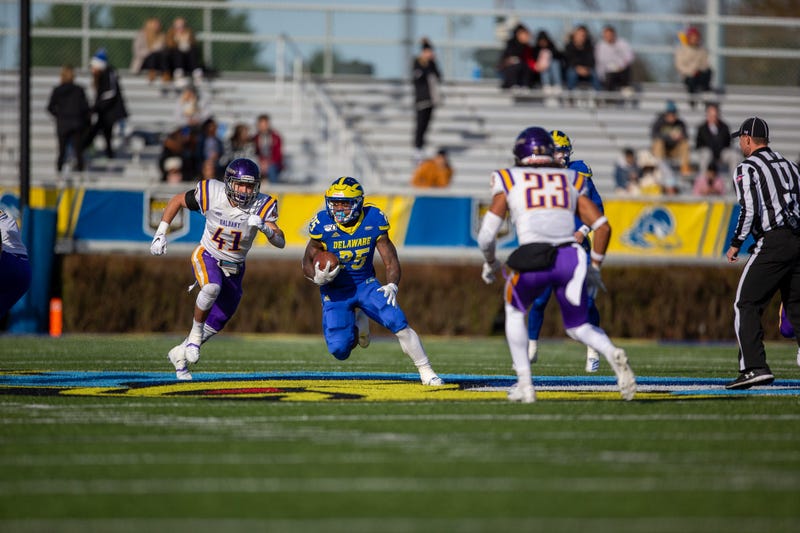 November 14, 2019 11/14/2019 6:15 pm
PHILADELPHIA (KYW Newsradio) — The Delaware Blue Hens will play their final home game of the season on Saturday afternoon as they welcome Stony Brook to Newark.

The Blue Hens are coming off a 21-17 home loss to Albany. It was Delaware's third loss in a row and dropped the Blue Hens to 4-6 (2-4 Colonial Athletic Association) on the season.

Redshirt freshman running back Will Knight rushed for 79 yards and a score in defeat. He also had 61 yards receiving on a pair of catches.

Stony Brook will bring a 5-5 record into Saturday (2-4 CAA). The Seawolves have lost their last two. This past week Stony Brook lost at home to Towson, 31-14.

"They're a physical, physical team offensively," Rocco said. "They are really good at running the football, and they've gotten better here at some of the (run-pass options) and the play-action passes. Got good receivers and big o-line and hard running backs. Defensively, they are pretty disruptive."

Saturday's game in Newark will kick off at 1 p.m.