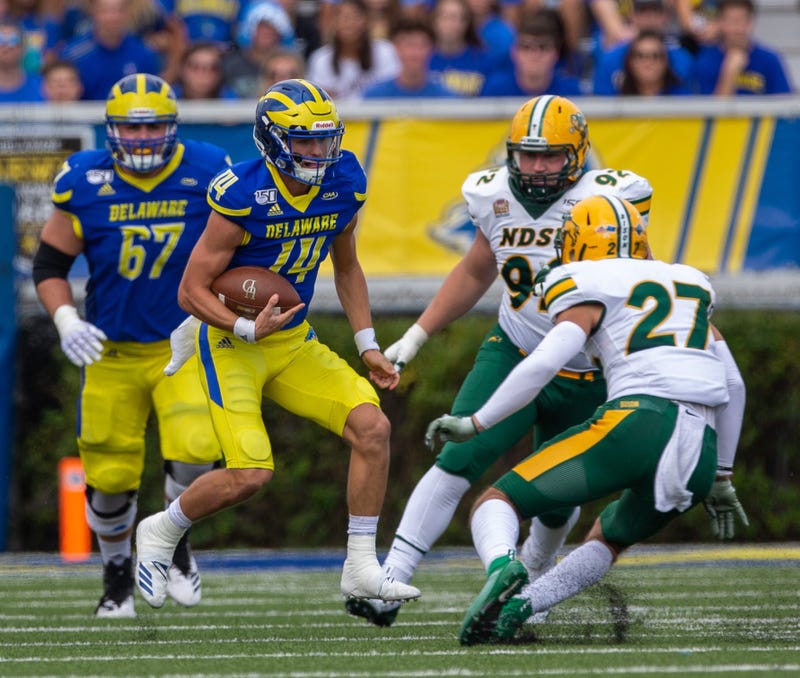 The loss to the North Dakota State Bison dropped the Blue Hens to 2-1 on the season. Delaware battled, but the Bison showed why they have won seven of the last eight FCS National Championships.

"They made plays on third down on both sides of the ball," Delaware head coach Danny Rocco told KYW Newsradio. "There were eight or nine bang-bang plays in the game, and they made all of them. Whether breaking up passes in guys' hands just in the last second or making catches on well contested throws. They're really, really good, and I'm disappointed we didn't play better. But we fought hard and kind of fought our way back to some respectability in terms of getting the ball in the end zone a couple times and generating a little bit of momentum."

It was redshirt sophomore quarterback Nolan Henderson who led those drives into the end zone in the second half. He finished 9 of 12 for 125 yards and two touchdowns. He also rushed for 18 yards. Henderson played the vast majority of the second half after starter redshirt senior Pat Kehoe struggled to the tune of going 2 for 9 for 11 yards with an interception.

Rocco talked about the state of the quarterback position heading into the Penn game.

"We're in the process here this week of reevaluating the position," he said. "We do that every week with every position. We'll know more here today (Wednesday) definitively about how we're going to start the game and how we're going to play the game at quarterback. We're certainly evaluating and looking at some contingency plans, one of which would certainly have Nolan taking the field as the starter. We'll know more today as we kind of really wrap up our preparation and go out to practice this afternoon."

While this is Game 4 for Delaware, it will actually be the season opener for the Quakers. Rocco discussed the challenge of playing a team that has yet to take the field.

Saturday's game kicks off at 1 p.m.