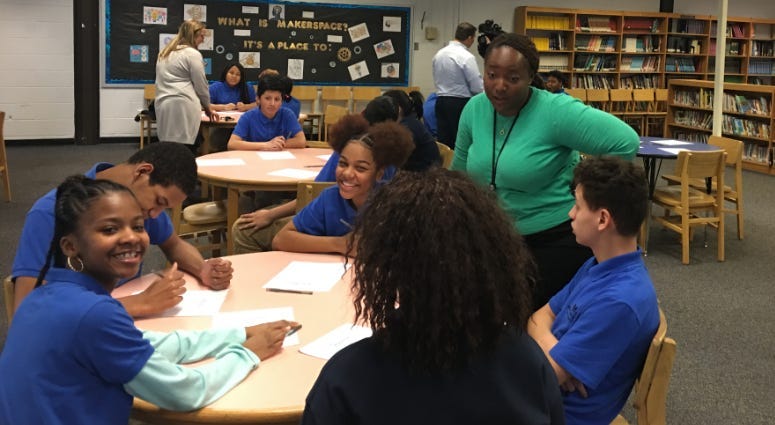 February 2, 2019 02/02/2019 9:00 am
CAMDEN, N.J. (KYW Newsradio) — A charter school in Camden is teaming up with the Delaware River Port Authority to get students excited about engineering and transportation as a career path.

Some 60 eighth-graders at Mastery East Camden Charter School will take part in a program dubbed "Bridges to the Future." They’ll get to tap the knowledge of DRPA staffers to learn what it’s like to do what they do.

“What they’ll get a chance to do is actually get to do a bridge-building competition, as well as exploration into STEM, especially into the engineering fields,” Mastery Principal Meaghann Lawson said.

Plans are to literally take over the library for the next several weeks to build those miniature spans and confront a number of issues, like how to deal with hypothetical flooding.

DRPA said it's interested in the program as it will need people to deal with the transportation needs in the next 20, 30 or 40 years. Getting kids excited about it now may be beneficial.

“We have some of the most iconic structures in this region,” DRPA Chief Engineer Mike Venuto added, saying he hopes sharing the knowledge will “generate some interest for the next generation of engineers, and then do some hands-on experiments and some hands-on knowledge with the students to grow their interest and grow their knowledge.”

In time, they hope to offer the program in some form to sixth and seventh-graders as well.