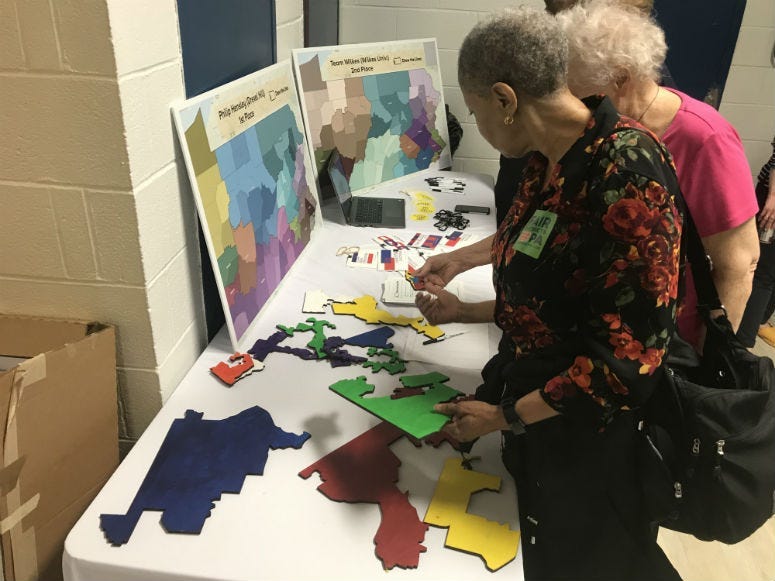 PHILADELPHIA (KYW Newsradio) — Redistricting is a big concern for many voters in Pennsylvanians. In light of this, Gov. Tom Wolf recently put together a commission to see how to handle it moving forward, and they are currently getting feedback from folks about redistricting practices they would like to see put in place.

Gerrymandering is when election boundaries are manipulated to favor one political party over another, and that's just what Connie Reber from Maple Glen believes is going on in her backyard.

"Where I live in Montgomery County, my across the street neighbor had a different congressional person than I did, and it was crazy," she said.

Reber came out Tuesday to a Redistricting Reform Commission meeting in Philadelphia to learn about the processes for drawing voting maps and give her opinion on what can make those maps better.

"We need to have an independent soul figure out our districting, so that in the next census it doesn't get changed all over again," Reber said.

Redistricting commission chair David Thornburgh says their meetings across the state show a lot of people have the same concerns as Reber.

"A lot of anxiety, frustration, concern about so called gerrymandering in Pennsylvania," he said.

Thornburgh says they'll use these meetings and research to put together a report with recommendations on best nonpartisan redistricting practices to the governor and General Assembly.