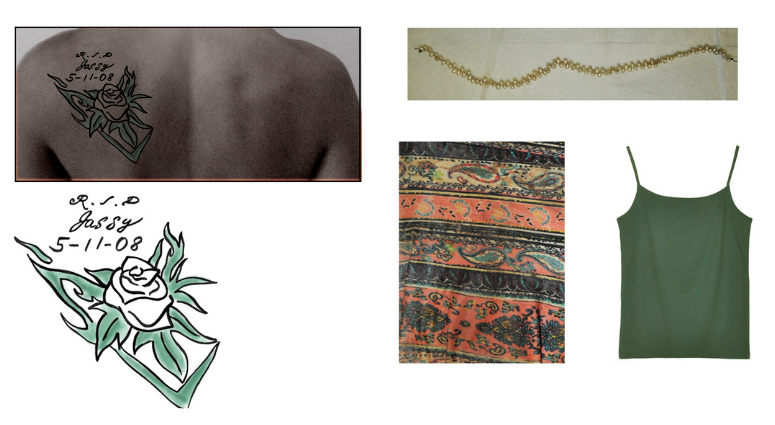 August 5, 2020 08/05/2020 6:55 pm
PHILADELPHIA (KYW Newsradio) — Philadelphia detectives are asking the public to help them identify a woman who was found inside a storage container last month, which was left on the sidewalk in Grays Ferry.

On July 15, investigators were called out near 30th and Wharton streets for a report of a badly decomposed woman left on the street. She was encased in plastic wrap inside a large, gray plastic container.

Police don’t know her age or race, but detectives made a flyer detailing what she was wearing — an extra-large, green tank top; black sports bra; extra-large, multi-color paisley leggings; and a small, gold necklace studded with tear-drop pearls.

The woman also had a tattoo on her upper left back shoulder, with the words, “RIP Jassy,” or “Jossy,” complete with a rose-like flower and green leaves in a triangular pattern.

She also had an Ace bandage on her right forearm.