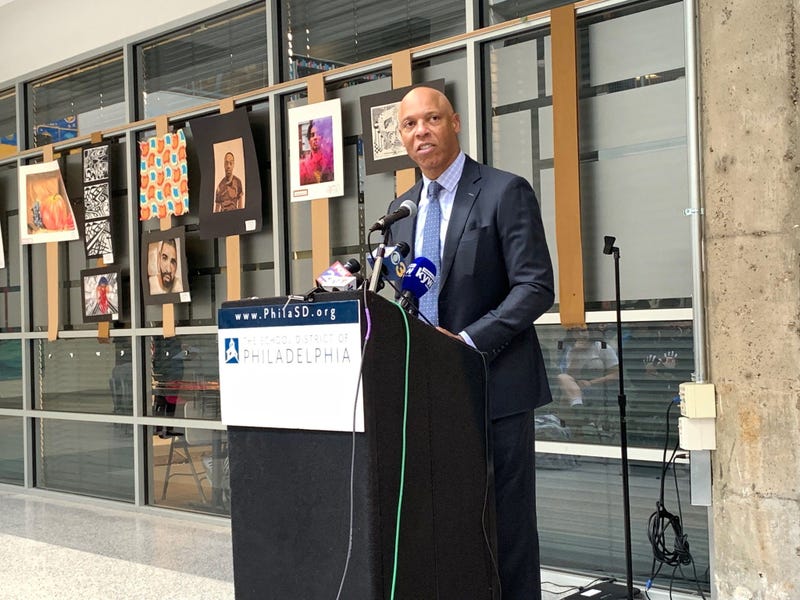 The School District of Philadelphia announced on Thursday afternoon the relocation plan for students while asbestos cleanup and construction is underway at the current building shared by the two schools.

The district decided to go along with the recommendations of a task force comprised of parents and school officials, which suggested SLA students attend class at district headquarters and at nearby Congregation Rodeph Shalom, while Ben Franklin students go to the former Khepera Charter School on Sedgley Avenue in North Philadelphia.

Ben Franklin Principal Christine Borelli said the Khepera site allows the entire school to stay together under one roof.

"We wanted to make sure that all of our students were able to come to one site where they would be able to engage in their regularly scheduled academic programming," she added.

Superintendent William Hite said the district will rent the former charter school for $75,000 a month. Rent at Rodeph Shalom will cost $80,000 for the span of their stay through December.

He said students will report to both locations starting Monday until construction at their Broad and Spring Garden building is complete and environmental clearances are given.

"Right now, the goal remains for the new campus to reopen to students and staff after winter break," Hite said.

In the meantime, 11 days of instructional time will have to be made up.

"We have to consult with the Philadelphia Federation of Teachers, as well as the teachers in both schools and the parents of both schools, to talk about that," said district Chief of Schools Shawn Bird.