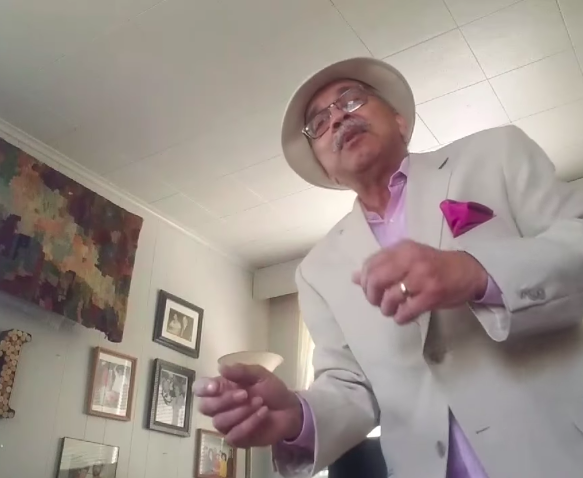 Coronavirus Mystery
PHILADELPHIA (KYW Newsradio) — Bill Mellix’s "quarantine dance" video for his beloved wife has received tens of thousands of views on social media in just two days. He wouldn’t let anything stop their anniversary celebration — not even COVID-19.

In his 70s, the Yeadon man knows how to woo his woman.

"You see, I’m dressed up a little bit," he says in the video, which he posted to Facebook. "You know why? It’s our anniversary — and we’re going to dance on our anniversary."

Wearing a beige linen suit, matching hat and bright-pink pocket square, Mellix got to grooving on April 25 to celebrate 33 years of marriage to his beloved wife, Judy.

In his imagination, she was holding his hand while they danced and he sang just a little off key in her ear.

In reality, he was by himself at home, and their connection was via FaceTime.

He says he really loves his wife.

Judy had a heart attack in early March and had to have major surgery. During her recovery, the COVID-19 crisis took over, and the hospital stopped all visitation.

"We both got married the first time — the same day, same year and same time — we were just at different churches," he said, chuckling.

On their big day, Mellix couldn't let fate down. So he decided put on a virtual dance.

"I even practiced," he said, "because I wanted to get it right."

Judy cannot speak, because she is still in recovery.

"But she knew what was going on," Mellix said. "She smiled when I FaceTimed her, and it was a wonderful experience."

But during that FaceTime call, he also recorded his dance so he can show it to her again when she comes home. Mellix posted the video on Facebook, and in two days it got hundreds of share and comments and tens of thousands of views.

"I didn’t do it for anybody but my kids," he said. "I didn’t know it would have that response."

But it made so many people smile.

Mellix says Judy is COVID-19 free, and he hopes to keep it that way as she moves into rehabilitation in the coming days. In the meantime, he’s going to keep “bopping” so his love can keep smiling.