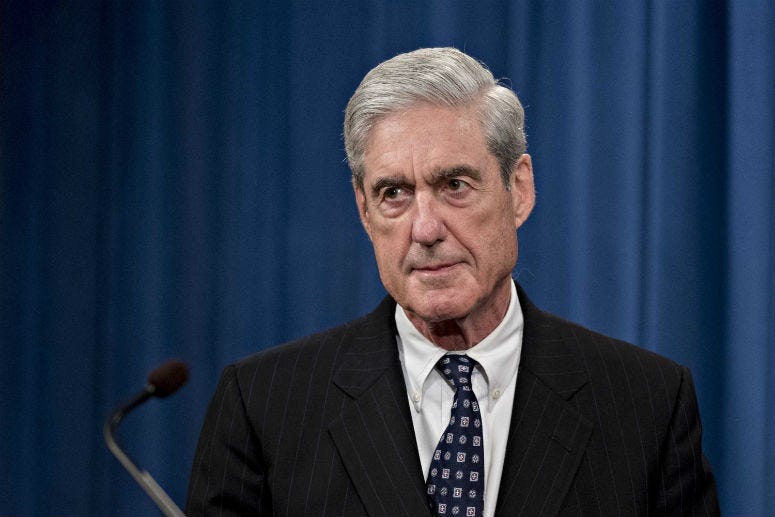 July 22, 2019 07/22/2019 11:35 pm
By David Shortell, Jessica Schneider, Manu Raju and Paul LeBlanc, CNN
(CNN) -- The Justice Department wrote a letter to Robert Mueller on Monday about his upcoming congressional hearing, telling the former special counsel his testimony must adhere to the 448-page report he issued earlier this year.

The testimony, the letter stated, "must remain within the boundaries of your public report because matters within the scope of your investigation were covered by executive privilege."

The letter, signed by Associate Deputy Attorney General Bradley Weinsheimer, reiterates that Attorney General William Barr said the decision to testify is Mueller's. The letter says it is in response to Mueller's request for guidance about his testimony.

Mueller will have a prepared opening statement for his hearing that has not been seen by the Justice Department, according to Jim Popkin, a spokesman for the former special counsel.

The statement, which will likely not be released until Mueller starts his testimony, did not have to be cleared through the Department of Justice and no officials from the department, including Barr, have seen the document, Popkin said.

Popkin did not comment on how much or how long Mueller has been preparing, but would confirm that Wilmer Hale -- a Washington, DC, law firm -- has allowed Mueller and "a small group of folks who worked with him at the special counsel's office" to use some unoccupied office space for the purpose of preparation.

"If you look at him and his career, he is someone who comes to the table fully prepared and he's going to be ready on Wednesday," he said.

All of the people preparing Mueller have spent the last two years working with him at the special counsel's office investigating Russian interference in the 2016 election. The individuals helping Mueller prepare are some of the top people from that office, though their names haven't yet been released.

Mueller's testimony is expected to be in line with the public statement he made on May 29 wherein he stated charging Trump was not an option that his office could consider, Popkin said. Mueller also used his public statement to make clear his desire to not testify before Congress.

"I hope and expect this will be the only time I will speak to you in this manner," he said.

"It's important the office's written work speaks for itself," Mueller added of his report, which was delivered in March to Barr. "The report is my testimony."

"If you listen to that statement, he made it clear that you can basically expect him to stick to the report," Popkin added.

Mueller will also submit a statement for the record to the committee, but that will be the redacted report and nothing else.

"He was subpoenaed obviously and he's made it clear that's why he will be there," Popkin said when asked about Mueller's frame of mind ahead of the hearing.

"Other than that, any information on his demeanor and tone will have to wait until Wednesday," he said.

While Mueller has made clear his intention to not extrapolate beyond his report, Democrats hope pointed questions during testimony will offer new context that could deal a blow to Trump.

As a sign of the importance Democrats are placing in Mueller's testimony, members on the House Judiciary Committee are planning to hold a two-hour mock hearing Tuesday afternoon ahead of the Mueller hearing Wednesday, according to a source briefed on the plan.

This comes days after Republicans on the House Judiciary Committee held their own mock session, as did Democrats on the House Intelligence Committee, as CNN reported last week.

The House is out of session Monday, so there have been scant in-person meetings among the members. That will change Tuesday as members on both committees plan to go behind closed doors for a final round of deliberations and preparations to make sure they are on the same page ahead of the high-stakes Wednesday hearing.

Mueller's 448-page report, which was released in April, detailed numerous cases in which Trump asked his aides to take actions that would have obstructed the investigation, but stated they were unsuccessful because the aides refused his orders.

While Mueller's investigation pointedly states it was unable to conclude "no criminal conduct occurred," the President has branded the report as a "total exoneration" of wrongdoing.

The Justice Department first appointed Mueller as special counsel in the 2016 election in May 2017.