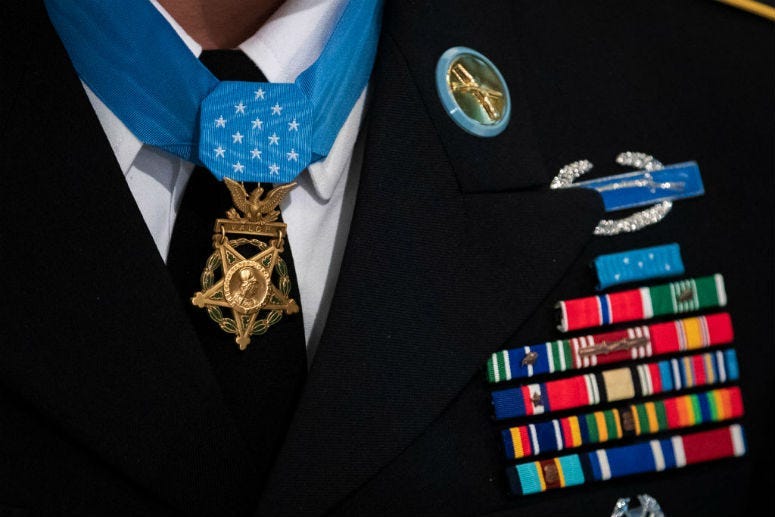 July 4, 2019 07/04/2019 8:00 am
PHILADELPHIA (KYW Newsradio) — Dozens of black federal lawmakers are teaming up with members of the U.S. Senate to push for a posthumous Medal of Honor for a Overbrook High School graduate. The World War II veteran was one of the few black soldiers on the beaches of Normandy on D-Day.

"Here we are getting ready to celebrate the Fourth of July. It's important that we remember what he showed and demonstrated to all of us," said Congressman Dwight Evans (D-Pa), who signed onto the letter.

"There's 55 of us; 51 of us signed that letter. I think it sends a very potent message," said Evans.

Woodson was part of the all-black 320th Barrage Balloon Battalion, serving as a medic on D-Day.

Despite his own injuries, he saved dozens and possibly hundreds of lives on the beaches of Normandy.

Woodson was nominated for a Medal of Honor during World War II, but no black soldiers got the honor at that time.

Then in 1973, a fire destroyed records of Woodson's service.

"If a person has earned the medal, he should get the medal," said Evans. "We should not let past discrimination prevent that from happening."

The letter cites a June 1944 memo, the only document remaining regarding Woodson's service. It states in part that Woodson's acts merited an award big enough that the president would give it personally.