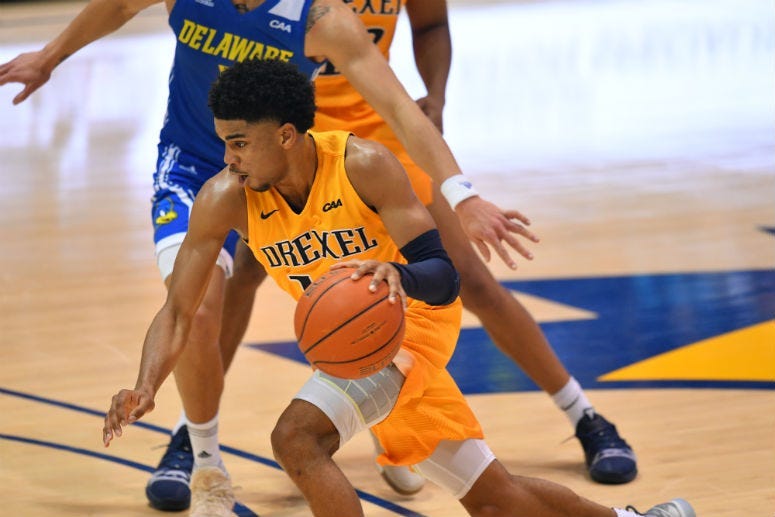 The Dragons will be the #6 seed in the ten-team field and open up in the quarterfinals against the #3 College of Charleston on Sunday night down in North Charleston.

"I do think we made a lot of progress," Drexel head coach Zach Spiker said. "Individual players really were given opportunities to play a lot of minutes that we may not have expected and performed nicely."

Right at the top of that list is freshman point guard Camryn Wynter. Wynter has started 29 of the 31 games this season for the Dragons, averaging 11.2 points, 5.4 assists (second in CAA) and 4.5 rebounds a game.

Drexel could be a dangerous team in the CAA field.

Spiker talks about some keys for his group putting together a run.

"One shot possessions on the defensive end, keeping teams off the offensive glass," Spiker said. "Getting rebounding productivity from guys other than our five men. (James Butler) and Tim Perry do a great job, can we get Alihan Demir to get big numbers, Jarvis Doles? Troy Harper being out hurts us in that area a little bit. Can the Coletrane (Washington)s and the Trevor Johns and the Matey Jurics get in there and bang and rebound and dig some balls out?"

Drexel and College of Charleston played twice during the regular season and the games were incredibly close. On Jan. 10, the Dragons picked up a 79-78 road win and then on Feb. 9, Drexel lost at home by two, 86-84.

"Two heavily contested games, down to final possessions," Spiker said. "I thought we played better in Charleston than we did here against them."

Charleston has had an outstanding season. The Cougars are 23-8 and they went 12-6 in the CAA during the regular season.

"Supremely talented," Spiker said. "They've got shot makers at every position. They've got experience at every position. It certainly starts with a guy like (junior guard) Grant Riller who is an all-conference, player of the year candidate as well as (senior forward) Jarrell Brantley. So you've got two guys that I think would probably be first-team all-league"

Drexel and College of Charleston will be the final quarterfinal of the day on Sunday with an 8.30 p.m. tip.

(Due to technical difficulties, some of the questions from Matt during this interview are difficult to hear)