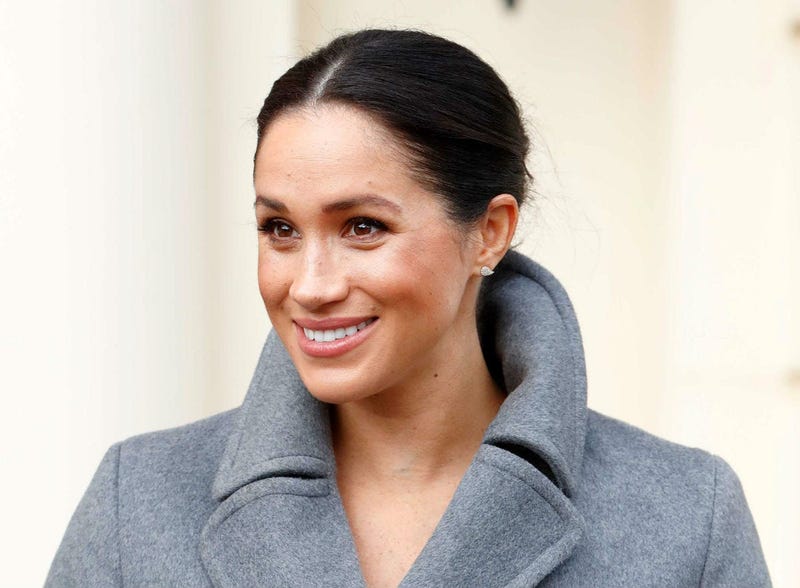 They are the first patronages taken on by Meghan, who is expecting her first child with Prince Harry in the spring.

Two of the patronages -- for the National Theatre and the Association of Commonwealth Universities -- have been passed on to the Duchess by Harry's grandmother Queen Elizabeth II, who has held them for 45 and 33 years respectively.

The other two are for Smart Works, which helps long-term unemployed and vulnerable women succeed in job interviews and find work, and Mayhew, a grassroots charity supporting animal welfare both in London and internationally.

As a royal patron, Meghan will give the charities vital publicity and help their important work to be recognized.

The Duchess visited Smart Works on Thursday and is expected to call on the other three charities over the coming weeks, the palace said in a statement. She has held meetings and visited all four organizations over the past year, the palace said.

Speaking to a group of volunteers and women helped by Smart Works, which provides high-quality clothing and interview coaching for women who have been out of work for a long time, Meghan said she was drawn to the charity's sense of community.

"It's not just donating your clothes and seeing where they land, but really being part of each other's success stories as women," she said. "To know as a woman coming in ... that you have so many other women believing in you, on all the next phases, is the piece that makes it so special."

"An acknowledged champion of women and their rights worldwide, the Duchess will motivate ever more women to come to our centers and get the job that will transform their lives," said Juliet Hughes-Hallett, chair and founder of Smart Works. "The Duchess's patronage will inspire the women we serve and help them reach for the stars."

The former actress' support for the National Theatre reflects her belief in using the arts to unite communities and her own background in theater and television, the palace said.

Rufus Norris, director of the National Theatre, thanked the Queen for her "long and unwavering support and service" since becoming its patron in 1974.

"It is a privilege to welcome the Duchess of Sussex as our new patron. The Duchess shares our deeply-held conviction that theatre has the power to bring together people from all communities and walks of life," he said.

Although she worked in TV for 10 years -- most notably on legal drama "Suits" -- Meghan trained in theater and previously volunteered at a performing arts after-school program for disadvantaged children in Los Angeles, the palace said.

Meghan's decision to become a patron for Mayhew, which helps people in crisis, including the homeless, to keep their pets and provides education on animal welfare, also draws on her past charitable interests.

The duchess supported animal rescue centers in Los Angeles, the palace said, having "long understood the connection between animals and community welfare."

Meanwhile, the Association of Commonwealth Universities, with more than 500 member institutions in over 50 countries, champions higher education as a force for good across the Commonwealth, the palace said.

"As a university graduate, Her Royal Highness is a strong advocate of accessible education for all, something she spoke of most recently during her visit to Fiji last year," it said.