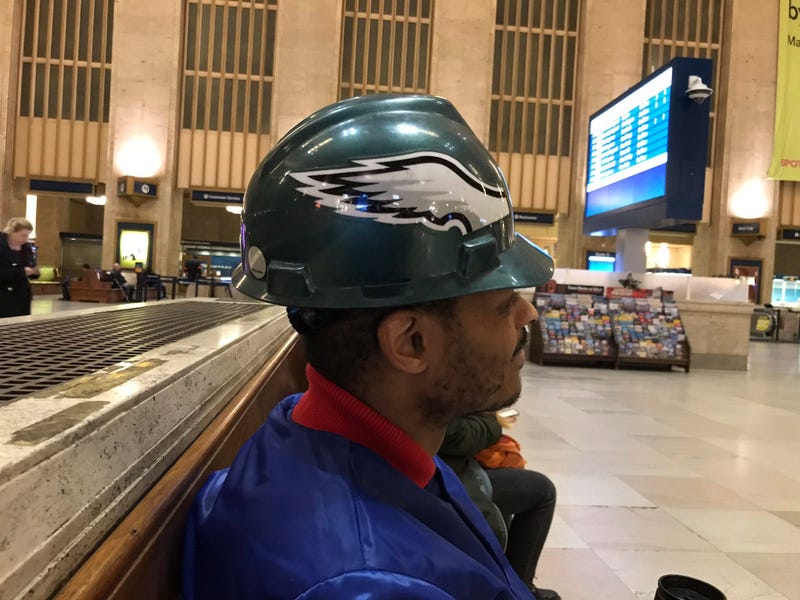 What a ride for Eagles fans: a season filled with injury after injury, brutal losses, inconsistent play. However, in the nick of time, the Eagles are rolling — and the Cowboys are out. So life is good for fans.

An informal survey of fans at 30th Street Station showed some real excitement about the Birds' prospects.

Gary Costner from West Philly, proudly wearing an Eagles hat, is all in.

Costner says he always kept the faith: "I never wavered, no. Still wear all my Eagles green. Still always support."

"I think we're gonna do good, and I expect them to go far in the playoffs. Absolutely," Costner said. "Two years removed from the Super Bowl, and I can’t expect anything less."

His sister is on the same page, even though she has to follow the team from afar.

"I live in Illinois, and I'm always still an Eagles fan. I'm always, 'Go Eagles!'" she said. "And I'm like my brother. I really feel like they’re gonna go far. We just have to have faith in them and keep believing. Keep hope alive!"

However, for David, it's been harder to keep the faith.

"I lost hope, and thinking they weren't gonna make the playoffs at one point," he said. "But they made it. That was a miracle and I believe in miracles."

How many more miracles do these Eagles have in them? We'll find out starting with a rematch this Sunday against the Seattle Seahawks.

"I'm waiting for them anyway, because the last time they were here they dusted us up pretty good," said Costner.

"I still got confidence, because Seattle is falling apart," noted David.