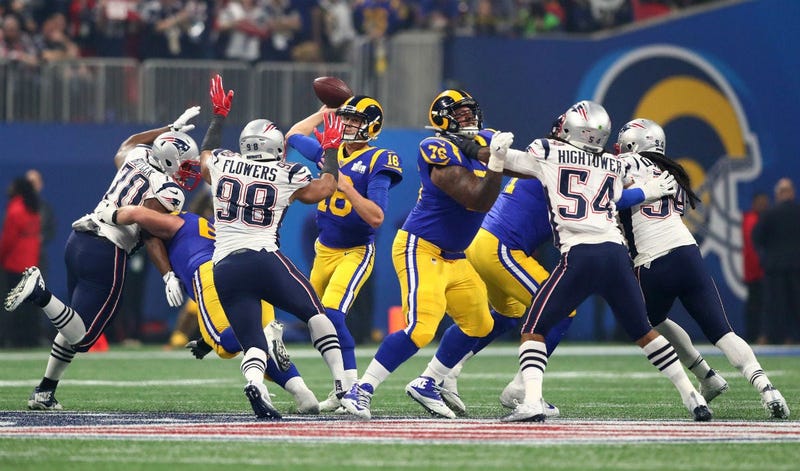 February 4, 2019 02/04/2019 2:23 am
PHILADELPHIA (KYW Newsradio) —  This year's Super Bowl was painful to watch for many Eagles fans knowing the Birds are getting dethroned as champions.

"It's more of a funeral for my hopes and dreams," said Ryan Brown, one of many Eagles fans who decided to hit the town to watch the game. "This is our last day as the defending champions. I'm going to live it up. I'm going to drink as many beers as I can, but I'm going to be sad the whole time."

Some people who were out and about Sunday night in Philadelphia had Rams jerseys on. Even more people were wearing Patriots gear, but Eagles Nation could easily be spotted.

"I got my Eagles jersey on, I'm bleeding green as we speak," added Brown, "but to be honest it's been tough. It's been rocky all day. I watched the Super Bowl victory this morning. It's heartbreaking."

Lots of Eagles fans said they're interest in this year's game was minimal at most.

But his eyes seemed to light up when asked about his favorite moment from the Eagles' Super Bowl run a year ago.

"It's got to be Foles catching the touchdown," he said with a smile. "You just didn't expect that."

"The pick six in the NFC Championship was massive," added Brown.