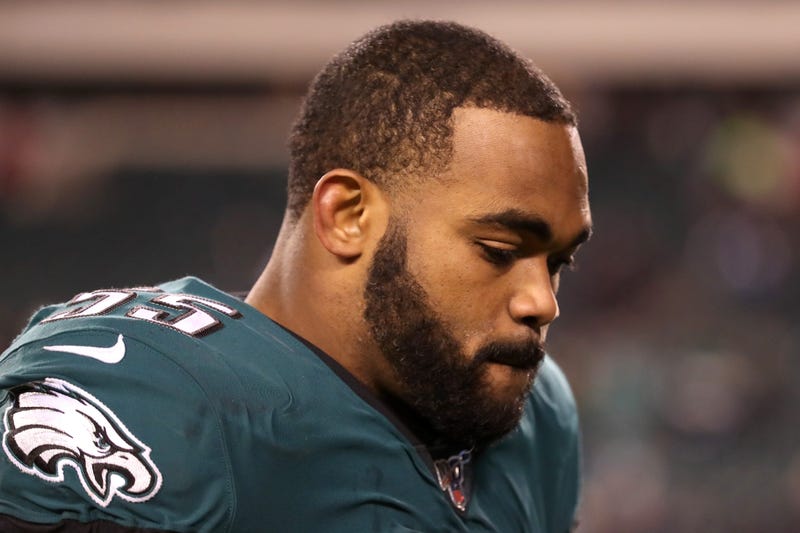 PHILADELPHIA (KYW Newsradio) — The impact of the coronavirus has hit millions of Americans. One Philadelphia Eagle knows firsthand about the dangers of the disease.

Last spring, Brandon Graham revealed an aunt and a close friend of his family both died of an infection from COVID-19. As football season approached, Graham had the option of opting out for the season. After talking about the options with his wife, Graham decided to play in 2020 even as his family continued to feel the impact of the people who were lost.

"We know that things have happened in our family," said Graham. "This thing caught us off guard. Once we kind of talked about it and me going into year 11, I really can't afford to take a year off. At the same time, it was really a collective decision with me and my wife."

All but one of the Eagles has elected to play this fall even with the dangers of the virus. The team has already been impacted by COVID-19 with head coach Doug Pederson and tackle Lane Johnson testing positive. When the season gets underway, Graham and his teammates will be colliding with opponents on every play, a far cry from social distancing.

"I know what I was up against," Graham said. "I talked about that part of it, us sweating on each other, fighting each other, and talking stuff in each other’s face, everything. It is what it is. I am going to try and be as safe as I can."

It appears the risk will remain for players throughout the season. Unlike basketball and hockey where teams are playing in bubble conditions, the NFL will not have its players secluded in a hub city. Baseball has already dealt with its share of coronavirus issues.  All Graham and his teammates can do is take as many precautions as possible.

"We said that we're not going to live in fear," said Graham. "I've got my mask on. I take it real serious and understand it's not just me that I can affect. It's everybody else that can affect each other. I'm just going off the protocols that we need to do. That's the best thing I can do is do what I can control."

Graham won't be able to feed off the energy of fans at the Linc. There will be no fans in the stands this fall when NFL teams take the field. However, Graham insists motivation will not be a problem even in an empty stadium.

"I can look at you and think you're the enemy," Graham said. "I'm telling you, I'm going to be talking to whoever out there. When I see that jersey, it don't matter, fans or no fans."