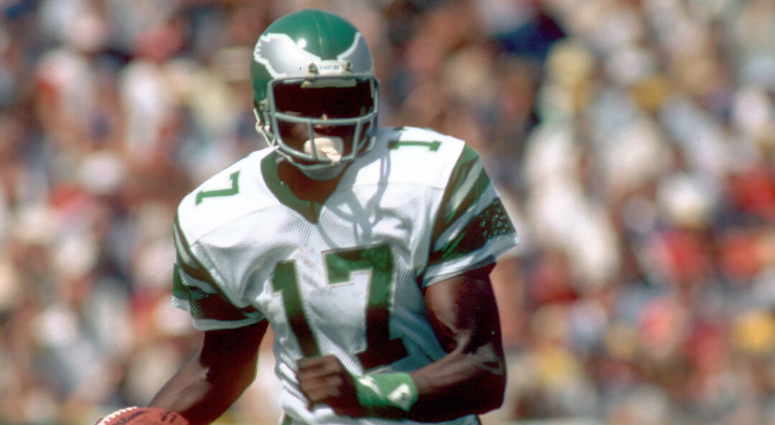 Eagles icon Harold Carmichael is finally going into the Pro Football Hall of Fame. It was announced Wednesday morning the legendary 6' 8", 225-pound wide receiver is a member of the Centennial Class, a special class added in honor of the 100th Anniversary of the NFL.

Carmichael, a seventh-round pick in 1971, goes into Canton with 590 career receptions, 8,985 yards and 79 touchdown receptions, which is tied for 28th all-time in the league. His numbers ranked much higher at the time of his retirement in 1984. In terms of Eagles history, he’s still No. 1 in all those categories, despite not having suited up for the Eagles since 1983.

The active player closest to catching Carmichael in terms of receptions (589) is Zach Ertz with 525, which has a chance to be broken. DeSean Jackson has 6,276 yards, which is 2,702 behind Carmichael’s 8,978 as an Eagle, and 34 touchdowns in midnight green. Ertz has 5,743 yards and 35 touchdowns. Barring excellent health and production from either player in the coming years, they probably won’t catch Carmichael in yards or touchdowns. While it’s mind boggling to some that it took Carmichael this long to enter the Hall of Fame, you could also make the argument the Eagles should retire his number 17, which he wore from 1971 to 1983.

One of the coolest stats from Carmichael's career is he recorded a catch in 127 consecutive games. He was a four-time Pro Bowler, led the league in receiving yards and receptions in 1973, was NFL Man of the Year in 1980 and is a member of the Eagles Hall of Fame.

Carmichael worked for the Eagles from 1998 to 2014, retiring into his post-football life in 2015. He currently serves as an ambassador of the team.

In addition to Carmichael, late longtime NFL Films President Steve Sabol is going into the Hall of Fame as well as under the contributor category. Along with his late father, Ed, also a Pro Football Hall of Famer, Sabol founded NFL Films in 1962 and ran the powerhouse production company for many years. Steve died in 2012 from brain cancer, shortly before his 70th birthday.

Late iconic Eagles tackle Al Wistert, a member of the 1948 and '49 championship teams, also didn't make it, despite being a finalist.