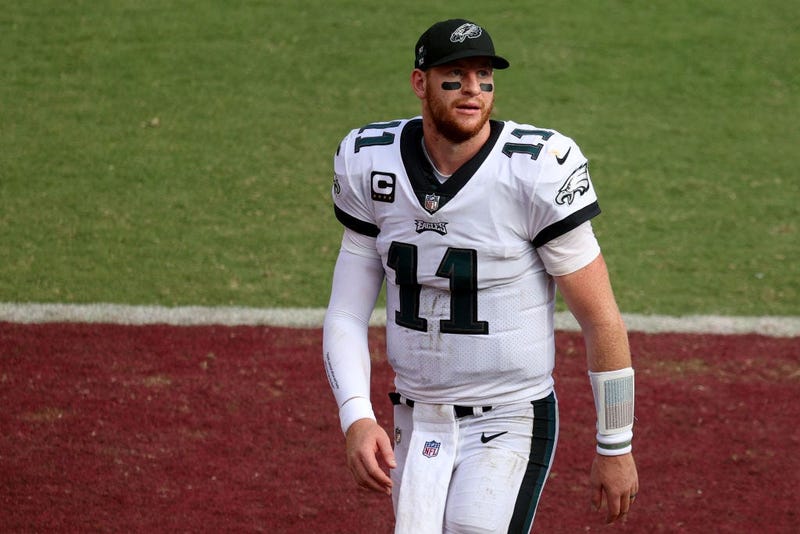 An opening day defeat is often brushed aside quickly with 15 games remaining, but the manner in which the Eagles lost resulted in a greater cause for concern: Was it a blip on the radar or a sign of more long-term issues?

Coach Doug Pederson said his players have no choice but to move forward.

"You obviously learn from the previous game or the previous set of circumstances and it definitely wasn't our best as you guys have so eloquently written abou​t," said Pederson.  "I think you can always lean back on the good, the bad, and use that as some motivation moving forward. We know we've got to play better. We've got to coach better and that's what we're going to focus on this week."

One of the prime issues for the Eagles will be protecting their quarterback.

Carson Wentz was sacked eight times in the loss to Washington and made more than his share of mistakes.

It has been suggested to Pederson that his mobile quarterback needs to make more plays on the run, but getting Wentz out of the pocket is not as easy as it seems in the minds of the coaching staff.

According to Pederson, a better result on first downs for his offense will give Wentz more opportunities to move out of the pocket to make plays.

"Carson is a great out of the pocket thrower," Pederson said.  "We understand that, but when we have 13 snaps that are second down and 7-plus, we didn't do a very good job on first down, whether we are running or passing the football."

The Eagles are hoping Lane Johnson, who missed the opener because of an ankle injury, will return to boost their banged up offensive line.

Pederson is optimistic Johnson will return this Sunday when the Eagles host the Rams.  The team’s offensive front will need all the help they can get with perennial all-pro Aaron Donald lined up on the Los Angeles defensive line, and Wentz knows Darnold can single handedly wreck the game for the Eagles on Sunday.

"He’s a monster," said Wentz. "Everyone knows it. Everyone around the league knows the type of player he is and how he can really disrupt an offensive game plan.”

Wentz also knows he will have to play better to keep the Eagles season from slipping away early.

He threw two interceptions against Washington, but his decision-making was one of the big reasons why the Eagles went down to defeat.

"It wasn’t a lot of physical mistakes as much as just communication and some breakdowns that we’ve got to get situated," Wentz said. "I’ve got to take better care of the ball and get rid of the ball. I’m looking forward to bouncing back personally. I know this offense is as well.”