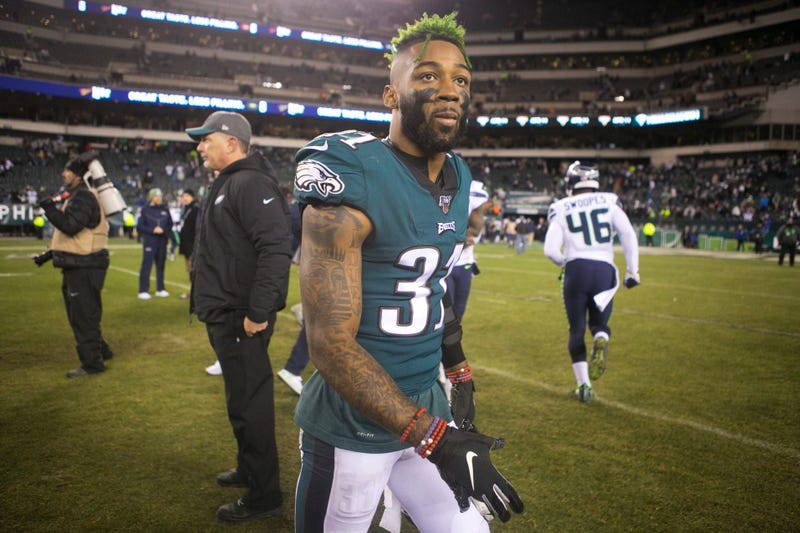 PHILADELPHIA (KYW Newsradio) — As the Eagles continue to deal with COVID-19 restrictions, one of the most pressing matters on the field will be life without Malcolm Jenkins.

The former Eagles secondary standout parted ways with the team in the off-season and is now a member of the New Orleans Saints. The Eagles are moving Jalen Mills from cornerback to safety to take Jenkins' place in the back of the defensive backfield.

Mills says he’s ready to step into his new position, especially after seeing time at safety in college.

"They kind of threw me in and said they wanted me to play safety," said Mills. "In my last two years at LSU, I was playing the safety position. You've just got to be a ball player at the end of the day. For one, of course, you've got to know the defense, but I think it's no different as far as playing corner than safety. There's just a little bit more tackling."

While Jenkins has moved on to the Saints, Rodney McLeod returns at the other safety position.

McLeod has performed well during his time with the Eagles and now is ready to assume some of Jenkins' leadership responsibilities both on and off the field.

"I was always considered a leader in a different facet before," McLeod said. "I came in at 2016 here and Malcolm was the vocal lead that this team needed and followed, and I found a different way to lead."

With McLeod and Mills combined to fill the void left by Jenkins, they also continue to deal with the team's COVID-19 restrictions.

Mills, who will be trying out a new helmet offered by the league with a special face guard and mouth shield, echoes the sentiments of his teammates when it comes to feeling safe at the NovaCare Complex.

Thursday was also the deadline for players to opt out of the season due to the pandemic. So far, receiver Marquise Goodwin is the only Eagle to take the opt out and sit out the 2020 campaign.

McLeod said he made a quick decision after talking with his wife on the subject of playing this fall.

"It was a conversation I had with my wife," McLeod said. "But I think looking at all the protocols that were put in place here, we felt confident.”