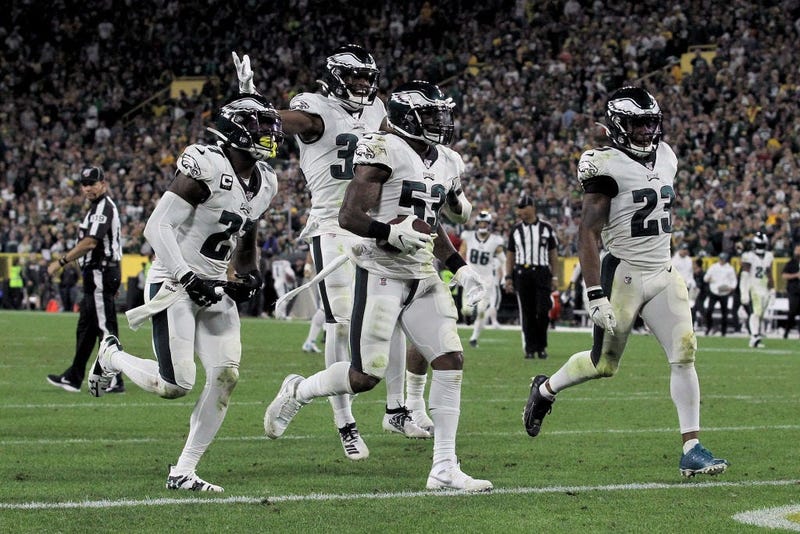 Last season, the Eagles were decimated by injuries in their secondary. Four weeks into the 2019 campaign, the Eagles are once again dealing with a long injury list in their defensive backfield.

Avante Maddox has a concussion as well as a neck injury. Ronald Darby will likely be sidelined this weekend with a hamstring problem. Sidney Jones is also dealing with a hamstring injury and was limited in practice on Wednesday.

Cornerback Rasul Douglas is one of the few healthy cornerbacks on the roster and insists he must keep his focus and not try and do too much with so many of his teammates injured.

"I'm just doing my job," said Douglas. "Everything else is on the rest of the 10 players that are out there with me. I just do my job. That's how all of us are coached. It's to do our job and everything falls in place when you do your job."

Every coach understands that injuries are part of life in the NFL.

Doug Pederson has experienced his share of injuries to his players during his time as head coach. He's also seen rosters wrecked by injuries as a player and understands his team has no choice but to go forward.

"We've got some guys that, hopefully here in the near future, we get back," Pederson said. "But we make it work. You’re dealt a 53-man roster and 10 practice squad guys, and Howie (Roseman) does a great job of bringing in talent that we might have to elevate, so it's something we're working through."

With the Eagles vulnerable on defense, one might wonder if there is extra pressure on the offense to put more points on the scoreboard.

However, quarterback Carson Wentz insists that won't be the case.

Wentz and his offensive teammates have complete faith in the defense despite the injury woes. For Wentz, it will be business as usual when they take the field on Sunday.

Douglas and the secondary will have to go forth, and the third year cornerback knows communication will be just as important as execution.

Douglas has been used to working with the likes of Darby, Jones and Maddox. Getting adjusted to a host of new faces will be the key to keeping the secondary intact.

"You have to," Douglas said. "Everyone's on different pages. Everybody doesn't see things as the same. You've got to make sure you talk to everybody and make sure they see all as one."