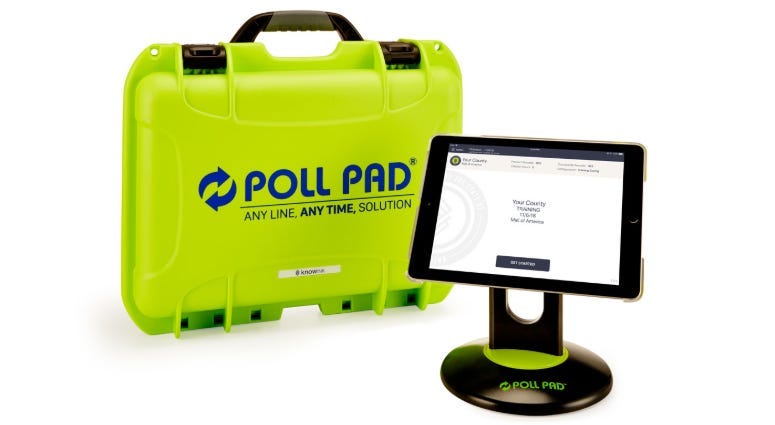 "I truly believe it is the best certified electronic voting system for the voters and poll workers of Philadelphia," said Deeley. "It offers a familiar look and feel that will make the transition on our voters much easier."

Deeley vouched for its security features, its accessibility to disabled voters and its ease of operation, like its touch-screen operation. But skeptics at the meeting were unconvinced, including City Controller Rebecca Rhynhart.

"The RFP was tailored to a digital system — just the process was flawed and I am disappointed in the decision today," she said.

Rhynhart and others favored a hand-marked paper ballot. They complained the selection was rushed and there was not enough public input for such a large purchase.

James Marsh told the commissioners that voters are more interested in ballot security, which wasn't even in the bid request.

"Not only does the RFP not give a basis for the security evaluation," he added, "but this machine fails that test because it uses bar code technology."

Deeley countered that all the systems were put through rigorous security testing by state and federal officials before they were allowed to bid.

"It isn't like we went to Crazy Eddie's Voting Machine Store and bought voting machines," she joked, "so all the security concerns that people are concerned with — and we all should be — they've already been dealt with through certification."

Not only does the @essvote DS450 scan and tabulate ballots at record speed — it’s a hit with kids! pic.twitter.com/x7lUPYU20G

The state is forcing every county to buy new machines by the end of the year after revelations the state was targeted by hackers in 2016.

The machines will cost between $20 million and $30 million, but maintenance, training, and new storage facilities, along with new electronic poll books, will make the total cost closer to $50 million.