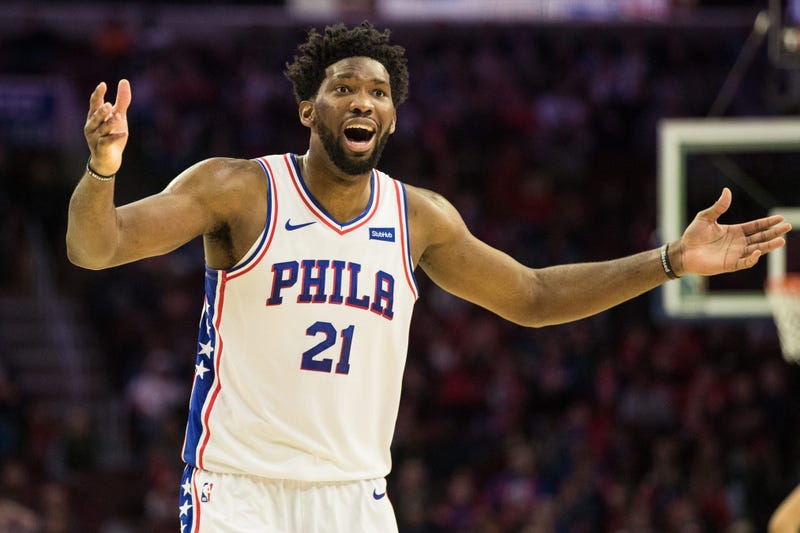 Coronavirus Mystery
PHILADELPHIA (KYW Newsradio) — Sixers All-Star Joel Embiid rarely hesitates to express his feelings, as he demonstrated on Tuesday afternoon when he made clear that he’s worried about the resumption of the NBA season at Walt Disney World in Orlando.

“I hated the idea,” Embiid said bluntly during a Zoom call, his first press conference since the season was suspended on March 11.

He said safety is a clear priority for him.

“All I want to be is, you know, stay healthy and stay safe. Keep the people around me safe. I want to make sure I’m able to live for a long time and not have any sort of, I don’t know, consequences in the future.”

One of his reasons for concern is that he doesn’t believe other players will follow the safety protocol as well as they should.

“I know I’m gonna do the right things,” Embiid said. “I don’t ever do anything. I only play video games. I’m always home. I don’t do anything, but then again, I don’t trust those other guys to do the same. But I gotta do my job.”

When asked further about some players not staying as careful, Embiid said everyone is different.

Embiid admitted he thought about opting out of the restart, but he chose to play to represent Philadelphia and to be there for his teammates.

The Sixers center isn’t the only one who thinks it may not be the best time to give basketball a go.

“I don’t think that we should be playing,” said Shake Milton, who could have an important role as a bench player in Orlando, “but I think the NBA is doing all that they can to make the environment safe as possible. So, my teammates wanna play. So, we’re gonna go down there and try to get a win.”

Milton acknowledged he’s concerned that the virus hasn’t been contained and there’s no vaccine. He cited other issues, as well.

“I feel like there’s issues going on right now in the world that are way bigger than a sport, way bigger than the game of basketball. And I feel like we’re on the cusp of finally having people tune in and really try to listen and try to understand more about the things that are happening in our country," Milton said. "I feel like the moment is too big right now. And I don’t want the game of basketball to overshadow it."

Milton said he's curious about how the NBA will use its platform in Orlando to bring awareness to racial injustice.