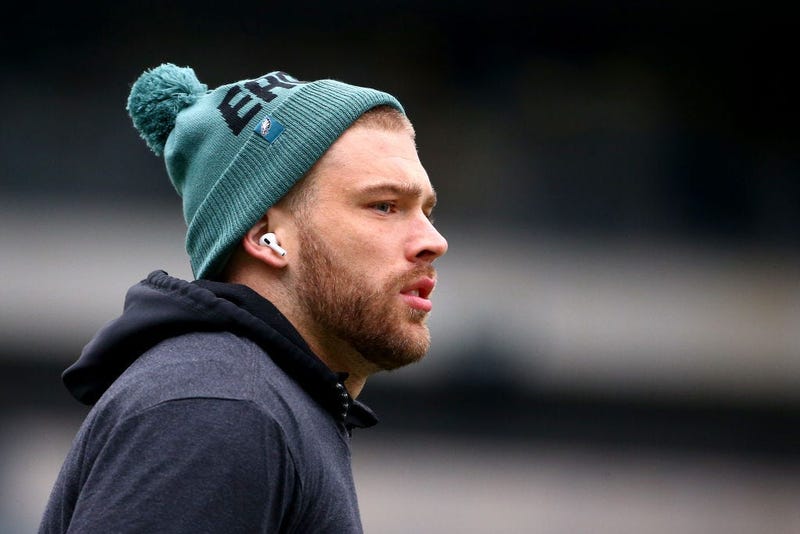 PHILADELPHIA (KYW Newsradio) — One of the Eagles has weighed in on the debate regarding fall sports for students in Pennsylvania.

Zach Ertz Friday opened up about a difficult time in his life, saying he was 15 when his parents decided to separate. The situation would be difficult for any teenager, and the parental separation could have sent Ertz towards a different path in his life.

However, the outlet of high school sports helped Ertz get through one of the most difficult periods of his teenage years.

"I was the oldest of four boys," said the Eagles tight end. "The only thing I could do was play football. All I did was lift weights, play football, play basketball. That allowed me to kind of release my internal kind of stress and pressure that I had built up​."

Ertz is hoping Pennsylvania student-athletes will have the same opportunity this fall to use sports as an outlet from the pandemic.

While Gov. Tom Wolf has recommended that high school sports be put on hold for the rest of 2020, some are hoping sports will go on as scheduled with the proper safety precautions in place.

Ertz emphasized safety is the top priority, but is hoping a plan will be in place to give students another activity option.

"I want kids to be healthy first and foremost," Ertz said. "That is the primary goal and I would just really challenge, if that is their decision, to really think outside the box on how we can keep these kids safe."

The routine of sports for high school athletes was important to Ertz physically and emotionally. He knew he had a place to go after school, and he’s concerned what will happen to many of Pennsylvania's students if they have nowhere to go when their school day ends.

“I had organization after school with football and basketball. I couldn't imagine the path I would have gone down if I didn't have football to express myself,” he said.

While high school sports helped Ertz through a family crisis, he understands today's student-athletes face an even more difficult challenge.

The pandemic is affecting people in different ways, and Ertz is concerned the mental and physical toll will be worse with the absence of an afternoon activity.

"The adversity I faced when I was 15 is about one one-thousandth of what many kids in this state are going to be facing if they don’t have an outlet," Ertz said. “If the decision is no football, there has got to be an alternative."