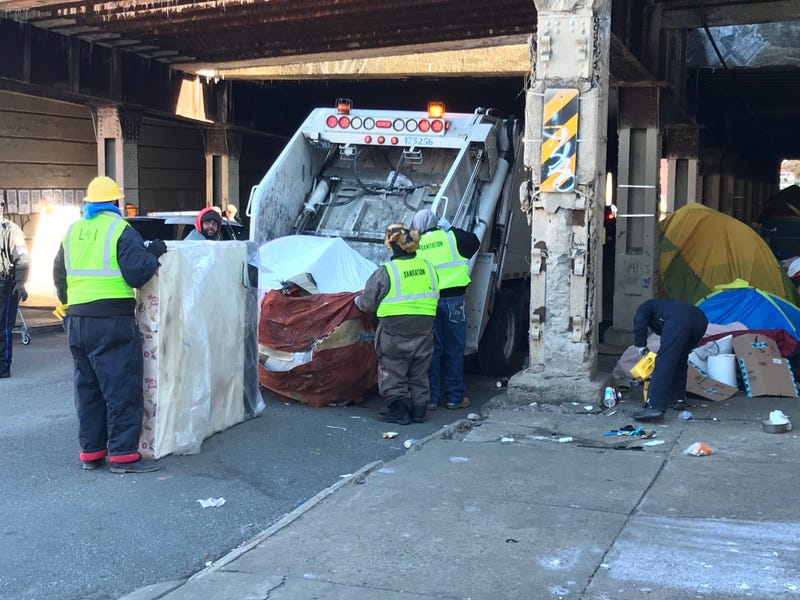 March 13, 2019 03/13/2019 8:00 am
PHILADELPHIA (KYW Newsradio) — A team of researchers have released their report on how Philadelphia conducted the eviction of drug-addicted homeless people from two encampments in Kensington last May, and the team generally gave the city's approach high marks.

Lead researcher Steve Metraux says the key feature that made the encampment closures work was combining removal of the campers with making services available.

"All in all, the city did a good job in actually closing the camp," Metraux said.

Metraux also praises the level of engagement: the city had a by-name list of nearly 200 people living on Frankford Avenue and Tulip Street. That allowed outreach staff to stay in touch with two-thirds of them six months after the camps were cleared. Nearly half were still in housing or drug treatment.

Nonetheless, he says the neighborhood did not feel immediate benefits from removal of the camps. The camps stayed clear, Metraux says, but the number of homeless people more than doubled.

"There were kind of people all over the place," he said.

That's when the city started the resilience project.

"We learned some things along the way and changed some practices and policies to do an even better job going forward," Gladstein said.