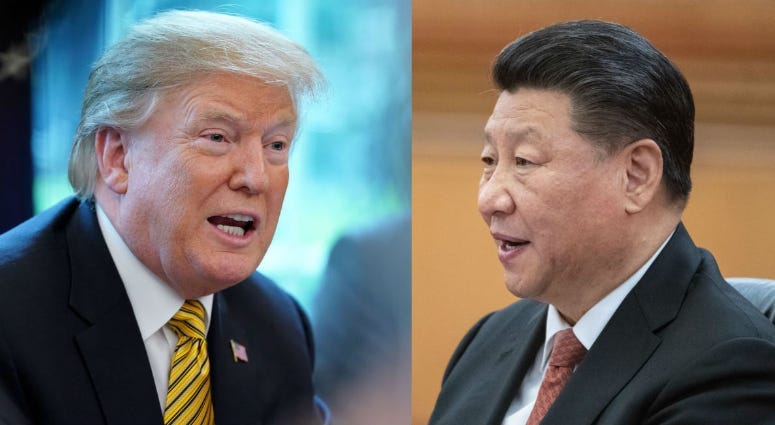 PHILADELPHIA (KYW Newsradio) — While it's being referred to as a "trade war," a University of Pennsylvania professor believes the core of the U.S.-China dispute revolves around competition over the future of innovation and different business models between the two countries.

Minyuan Zhao, an associate professor of management at the Wharton School, said tension between the U.S. and China is rising, even though the U.S. economy has been humming along.

"The pain is felt by a certain segment of society, but it's visible, and China is a very visible target," she said, noting that China is an easy target "because it's the final assembly place of so many things coming to the U.S."

Zhao said President Donald Trump and President Xi Jinping took office with promise to their support base. In Trump's case, his platform is basic: Imports are bad because they cost Americans jobs.

And he's pinning his re-election hopes on these kind of issues.

"Under Trump's position, it's about bringing manufacturing jobs back," she added.

For Xi, his thesis is that China will not be dictated to. Even though he has cleared a path to remain in office indefinitely, Zhao believes the momentum of the trade friction is driven by domestic politics. "The Chinese president is worried about social unrest if unemployment runs high," she said. "The whole legitimacy of the regime depends so much on economic development, there's a lot of uneasiness over there too."

Zhao added China develops its technologies differently than the U.S. While there's a vibrant private sector there, when it comes to major projects, "the state is firmly behind it."

"Fundamentally, it's about different business models, different growth models in how governments interact with firms," she said, which is why it's difficult to define what a level playing field is, thus making negotiations more difficult.

Going forward, she doesn't know how far and long the trade spat will go, and it could be affected by the economy and stock markets.

"If it goes down too much, that will put pressure on the politicians to react."