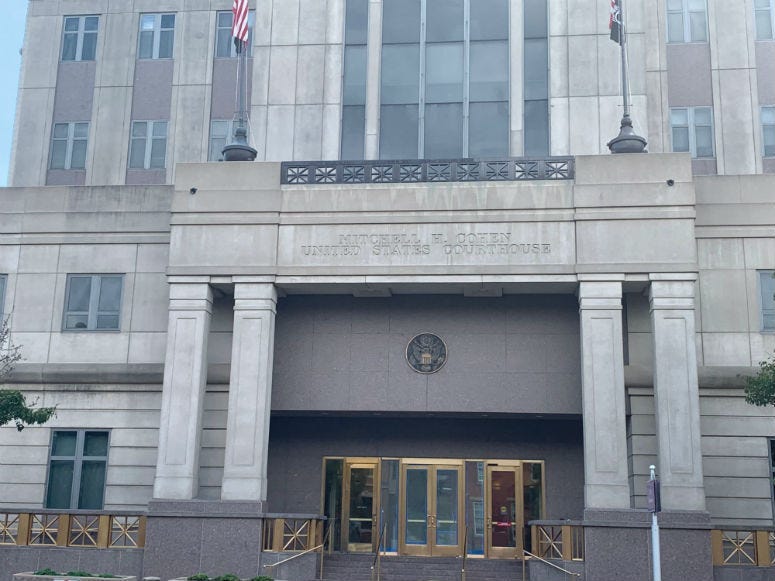 CAMDEN, N.J. (KYW Newsradio) — Testimony continued Thursday in the retrial of a Camden County police officer charged with excessively beating a man he was arresting.

Federal prosecutors brought Camden County police Capt. Kevin Lutz to the stand as an expert in law enforcement defense tactics. He helped bring ICAT to the Camden County Police Department — a police training policy that teaches officers if the suspect complies, stay calm and handcuff them.

Lutz was shown body camera footage and other video of the February 2018 night, where Officer Nicholas Romantino and other officers arrested Edward Minguela outside a liquor store.

They were responding to reports of a man with a gun, and Minguela matched the description, but he was not armed.

The cross examination had Lutz admit the term "use of force" is not easily defined.

Romantino's attorney then referred back to the videos that were shown, saying Minguela kept pulling his arm back after police asked him to put his arms in the air. The argument was Minguela could have easily reached for a gun in that moment.

He then asked Lutz if Romantino was able to handcuff Minguela after punching him, and Lutz said "yes."

Prosecutors followed that up by asking Lutz if the use of force was reasonable, and he said "no." They then asked if it was excessive, and Lutz said "yes."

Romantino did not take the stand.

All that's left now in the trial is closing arguments Friday morning and jury deliberations scheduled to begin right after.