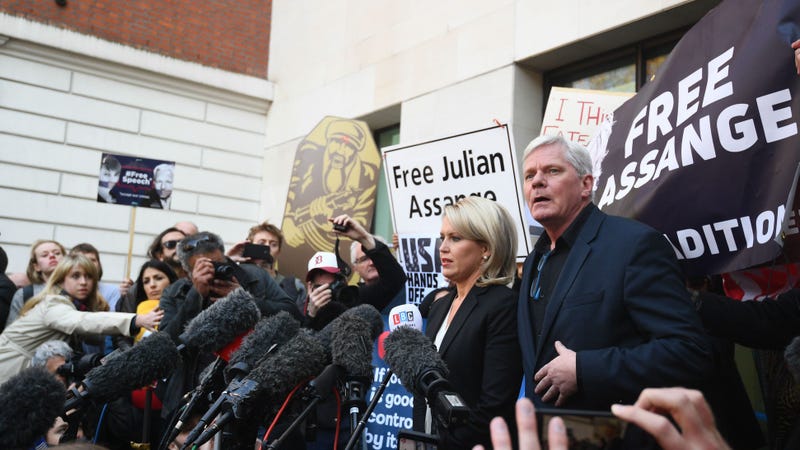 PHILADELPHIA (KYW Newsradio) — The arrest and possible extradition of Wikileaks co-founder Julian Assange to the United States has many experts concerned about press freedom.

Gordon Coonfield, associate professor of communications at Villanova, says there is a gray area here. He says we aren't sure whether Assange broke the law or just helped Chelsea Manning steal the documents, because the pace of technology has changed the playing field.

"We have not updated our understandings of what constitutes journalism, and I think most of us still have — wasn't it Matthew Broderick in "War Games"? — in mind when we think of what computer hacking is. But it's obviously become far more sophisticated than any of our traditional definitions and understandings."

Doctor Jim Brown, director of the Digital Studies Center at  Rutgers University-Camden disagrees. He believes the charges against Assange are clear.

Brown believes that technology doesn't change anything, and that basic journalism stays the same.

"My understanding is what he's accused of is helping hack computers to get the information," he said. "So for me: One, there's a distinction between talking to a source, even encouraging a source to get information, and perhaps participating in the getting of that information."

But Coonfield says part of the problem is that the current administration has been very critical of the media and could be trying to curb free press through the Assange case.