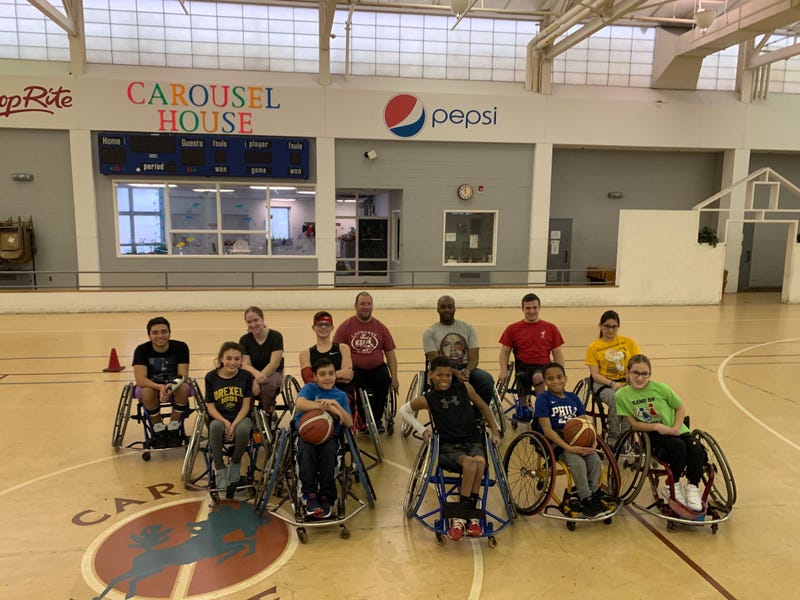 January 24, 2020 01/24/2020 9:00 am
PHILADELPHIA (KYW Newsradio) — Dozens of young basketball players are in Philadelphia this weekend competing for the chance to play in a national championship tournament this spring, and the players take over the court in a way not often seen.

For most of his life, Joe Rafter has lived and breathed basketball. The 17-year-old from West Chester says one of his fondest memories came during a finals game on his home court in Fairmount Park.

"I came off the screen, drained the three right in the kid's face, won it with like a second left in the game. Everyone was going crazy up in the stands, so I'll probably never forget that," he said.

"We're just as competitive, and we all have the same mindset as LeBron James or any NBA player has. We just want to be accepted for who we are," he said.

Rafter says wheelchair basketball helps put him on an even playing ground with others, something that's not always the case.

"I always saw my brother and sister playing regular sports, and all my friends playing sports, so I just needed something that I could do that proved I could still play sports just as much as they can," Rafter said.

He's getting ready to play his last home games this weekend with his team, Katie's Komets, at the Carousel House in Fairmount Park.

"It's just great to see people really come out and support and show that love to us, because sometimes we're kind of the outcast," he added.

Keith Newerla, who has coached Katie's Komets for the last nine years, says their Philadelphia-based program plays up and down the east coast .

"Basketball is basketball, whether you're standing up, or sitting down," he said.

Newerla, who is in a wheelchair himself, says in addition to building basketball skills, their program also gives kids a chance to make friends and build bonds, something that may be hard for some of them.

The game is part of the Katie Kirlin Junior Wheelchair Basketball Tournament and features wheelchair athletes ages 8 to 18 on teams from all over the Northeast.

"We have one home tournament a year, this is it. This is their opportunity to really play in front of their friends and family," Newerla added.