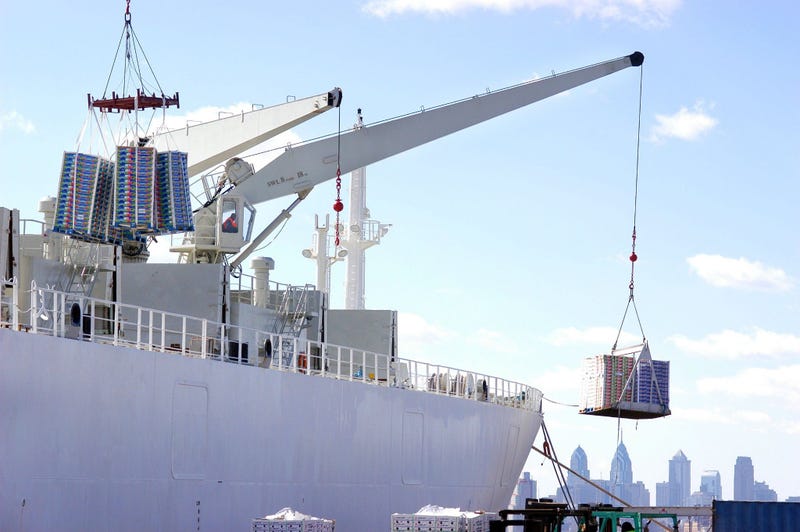 PHILADELPHIA (KYW Newsradio) — Federal agents have seized more than $1 billion worth of cocaine from cargo containers Tuesday aboard a ship docked at the Packer Avenue Marine Terminal, located along the Delaware River in South Philadelphia.
According to the U.S. Attorney's Office for the Eastern District of Pennsylvania, 16.5 tons of cocaine have been seized from the MSC Gayane, a container ship operating under the Liberian flag. Officials are calling the bust the "largest drug seizure" in the district's history.

The ship's log shows it had made stops in Chile, Panama and the Bahamas.

A U.S. Customs and Border Protection spokesman said federal agents are still going over the ship's cargo and planning to move it from its berth at the terminal.

Members of the ship's crew have been taken into custody by federal authorities and have been charged.

Agents from the U.S. Department of Homeland Security, U.S. Immigration and Customs Enforcement, the Coast Guard, and the Philadelphia Police Department are assisting in the massive operation.

Federal agents are still going over the ship in a search for any other drugs or contraband.

U.S. Attorney Bill McSwain said in a tweet that the amount of cocaine seized is capable of killing "millions of people."

This is one of the largest drug seizures in United States history. This amount of cocaine could kill millions – MILLIONS – of people. My Office is committed to keeping our borders secure and streets safe from deadly narcotics. https://t.co/nWPfgpGqYa

This is the second major seizure of cocaine at a Philadelphia port this year.

In March, agents seized 450 bricks of cocaine, weighing nearly 1,200 pounds with an estimated street value of $38 million from the Port of Philadelphia.

The cocaine was found inside a shipping container aboard the MSC Desiree, a Portugal-flagged cargo ship that had traveled from the Netherlands to Peru and also had stops in Panama and the Bahamas. The cargo ship was last seen in Callao, Peru — the largest port of entry to Peru — less than a day ago.