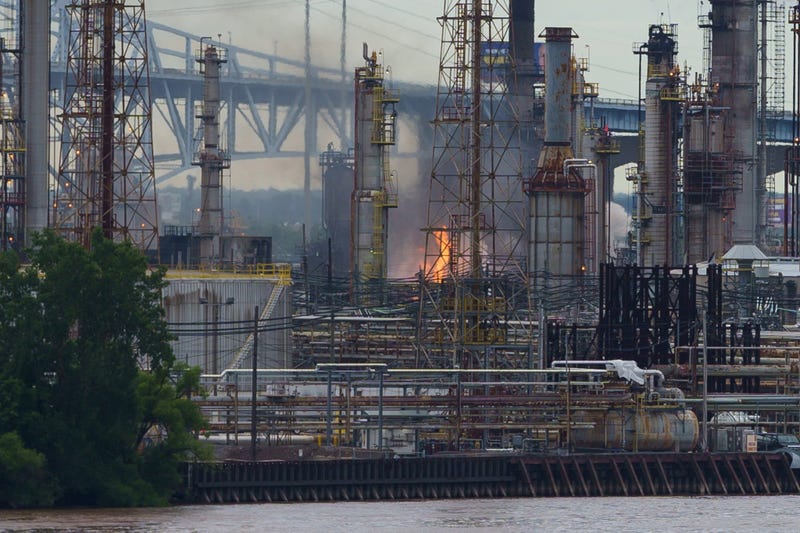 PHILADELPHIA (KYW Newsradio) — A vapor leak at Philadelphia Energy Solutions started a chain of events that sparked a fire and several explosions last week, according to preliminary findings by the U.S. Chemical Safety and Hazard Investigation Board (CSB).

Dr. Kristen Kulinowski, CSB interim executive authority, said the site is still too dangerous for investigators to physically enter. Many questions remain, but based on interviews with plant management and staff, they've concluded vapor that leaked from the alkylation unit "found an ignition source."

"There's an adage in the industry that a flammable vapor outside its container will find an ignition source," she explained. "It's axiomatic that you can't control your ignition sources, so you have to control the vapors."

Kulinowski said that's why the basic rule at any refinery is "to keep the product in the pipe."

"Safety management systems are developed and implemented to ensure this. On the morning of June 21, there was a fundamental failure in this system, and the result was catastrophic," she said.

A large explosion also occurred about 22 minutes after the initial release.

Currently, the site is described as "deeply compromised," as there is still a lot of "twisted metal and debris scattered across a large area."

The plant's closure won't affect the investigation, Kulinowski noted, which could take more than a year. The aim is to keep it from happening anywhere again.

The Occupational Safety and Health Administration (OSHA), EPA, ATF, and the fire marshal are each conducting their own investigations. Those, Kulinowski says, may result in fines or even prosecutions.

The city has announced plans to help laid-off workers with career fairs, job searches and other services.